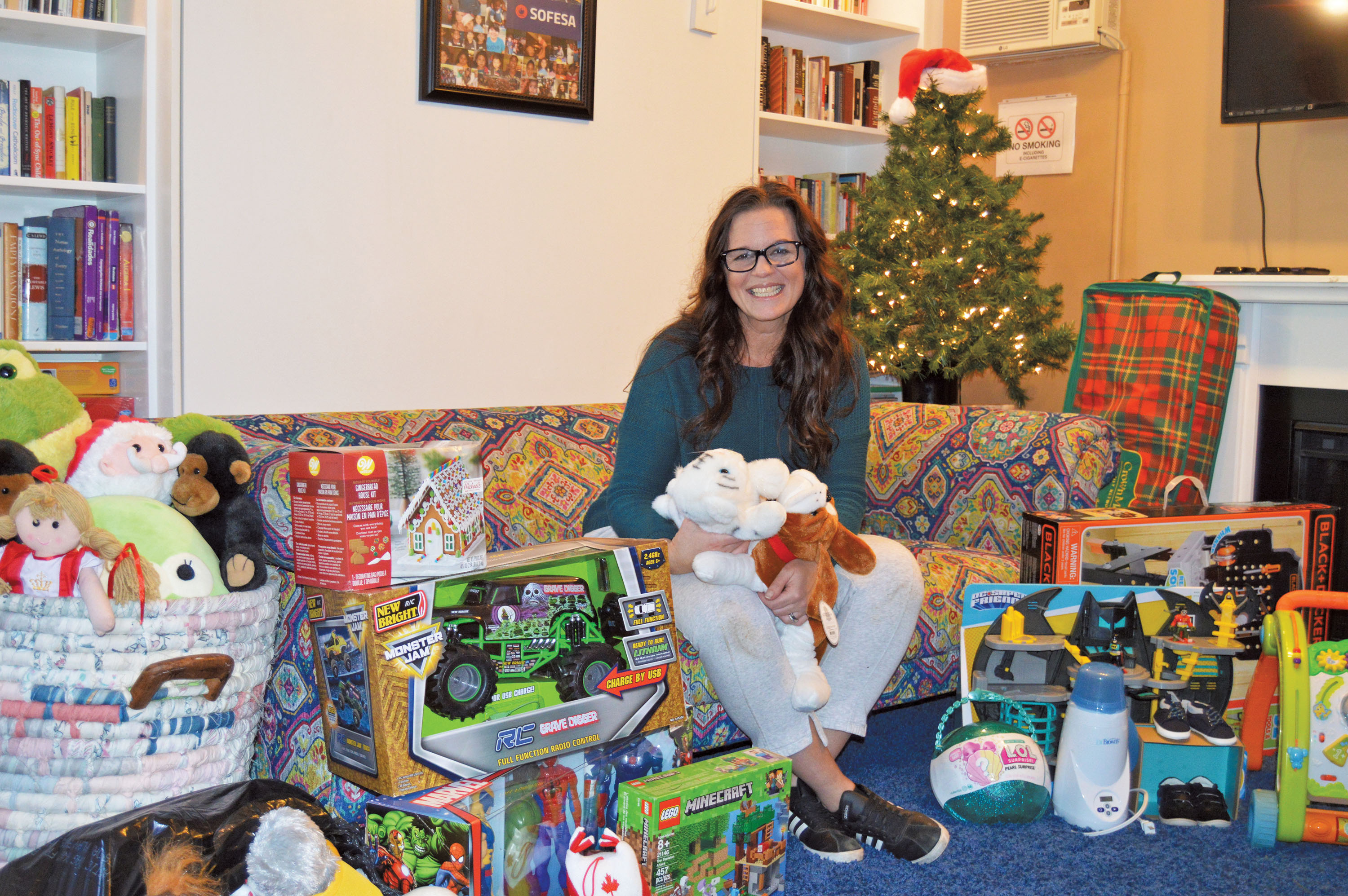 Jess Echeverry is no stranger to a life of transience. Now a mother of five, living with her family in Westchester, she spent much of her youth on the streets in and out of motels and homeless shelters in her hometown of Fort Lauderdale, Florida. She endured her parents’ divorces at a young age, sexual abuse as a child, and at 16, she was pregnant and homeless, and eventually forced to give up her baby.

But by 25, her life had changed dramatically for the better: She was married and ready for a new adventure in California. In her new city, Echeverry and her husband began taking notice of the large homeless population in West Los Angeles, particularly on the streets of Santa Monica. The hardships and tribulations Echeverry had endured growing up made her very empathetic towards the homeless she witnessed there, so she began volunteering her time to give back to a community she felt a connection with.

Soon, Echeverry and a group of volunteers would start distributing socks and food to the homeless in local parks. Over time, they discovered that the homeless preferred socks over food, as their feet were sore and painful from a lack of proper footwear and constantly being on the move, so they named their group the Sore Feet Saviors. As the group became more organized over the years, they eventually attained 501(c)(3) nonprofit status and formed a board. Earlier this year, they renamed their organization SOFESA by taking the first two letters of each word in Sore Feet Saviors.

Today, Echeverry is the Executive Director of SOFESA, a nonprofit dedicated to serving homeless and low income families and children in West Los Angeles.

“We had a lot of people thinking we were podiatrists,” Echeverry said. “We wanted to keep the spirit of Sore Feet Saviors because we’d had it for so long, but we wanted to create our own name, and our own meaning for the name.”

Families weren’t always the prime focus of the organization, but a pivotal moment in 2006 would see Echeverry narrow the group’s mission. While visiting the hospital with her two-year-old son who had fallen, she witnessed an encounter between a doctor and a woman named Briana* that left her shocked: The doctor stormed out of a room and screamed at her for wasting his time rather than going to a pharmacy for medicine for her son. Watching Briana walk down the hall holding a small child with tears in her eyes at the treatment she’d received, Echeverry inquired about her situation to a woman that was accompanying her. That woman was Ana*, a member of a local church, who had been contacted by a nearby hotel that had noticed a homeless mother and her baby sleeping in their alley.

Wanting to help, Echeverry asked Ana to bring Briana and her son to her home so she could give them a bag of emergency supplies. When she got home, she set the supplies next to the front door, and a few hours later, the women showed up, but Briana would not get out of the car– she was afraid Echeverry may hurt her. That’s when she learned Briana’s story. She had fled an abusive husband in Northern California, and later ended up in L.A., where she befriended someone who led her to a job cleaning office buildings at night to help keep her afloat. Two weeks later, she was horrifically assaulted on the job in front of her nine-month-old.

“The child was in post-traumatic stress,” Echeverry explained. “And the mother couldn’t look up at me, she was so battered and broken.”

Echeverry was shocked at the situation, but Ana explained that Briana and her son were just one of many homeless families who encounter harrowing situations every day in Los Angeles.

After this experience, Echeverry asked Ana to take her around to different parts of the city to meet some of these families. During these trips, she would meet parents and their children living in horrible conditions including in abandoned apartment buildings for shelter.

“My heart just broke,” Echeverry said. “We had been just serving adults, but after that I told my husband I want to focus on children and families.”

Since then, SOFESA has served more than 1,500 homeless children and families in need.

Briana and her son eventually warmed up to Echeverry and stayed with SOFESA, where they were guided with resources through the organization’s Emergency Outreach Program, which provides up to three nights of shelter, food, clothing, personal items and emergency gas needs. Once a family is sheltered, SOFESA then guides them to the resources available to obtain transitional housing. Families or pregnant women without shelter are able to reach out to this service online or via phone by calling 2-1-1.

“SOFESA allows the family to escape survival mode even if just for a second–to feel like a ‘normal’ person who is loved and cared for. Many of the homeless we encounter are estranged from or lost contact with their family for whatever reason,” said Echeverry. “We become like family to them and them to us, and in those relationships, we help to build them up and help them to heal.”

As for Briana and her son, they’re doing well. With the help of a mentor, she was able to reconcile with family and move back home to NorCal. She still makes the trek down to L.A. every December with her son to attend SOFESA’s annual Christmas event.

This year marks the 12th anniversary of their Christmas of Hope Celebration party, SOFESA’s biggest event of the year for the families they serve. The December 17 event includes a full dinner with dessert, live entertainment, a Christmas gift, a stocking stuffed with treats, a visit and photo from Santa Claus and more.

SOFESA is still accepting donations and toys to help fulfill the wish list of each child that will attend. Those interested can sponsor a child for a tax-deductible donation of $99 or purchase a toy from the wish list SOFESA compiles directly from the children they serve.

Volunteers are also needed for a pre-event wrapping party taking place on Sunday, December 16. People can help with a variety of tasks, including gift-wrapping, cooking, stocking stuffing and decorating. Families are welcome to sign up to help as well.

On the day of the Christmas of Hope celebration, SOFESA will send out four vans to pick up their families and bring them to the party where they can let their guard down, have fun and just be kids without worries for a few hours. For these families, the event provides a sense of normalcy, warmth and unity that they don’t get to experience every day.

“I saw the dire situation that these families were in,” Echeverry says. “Now that we’re serving these families, I want to do something great for them. We want to share with them the magic of Christmas–the hope that things will get better and the feeling that they are not alone in this world and they are loved.”

To sign up to volunteer, purchase a toy or donate, please visit sofesa.org.

*names have been changed to protect identity