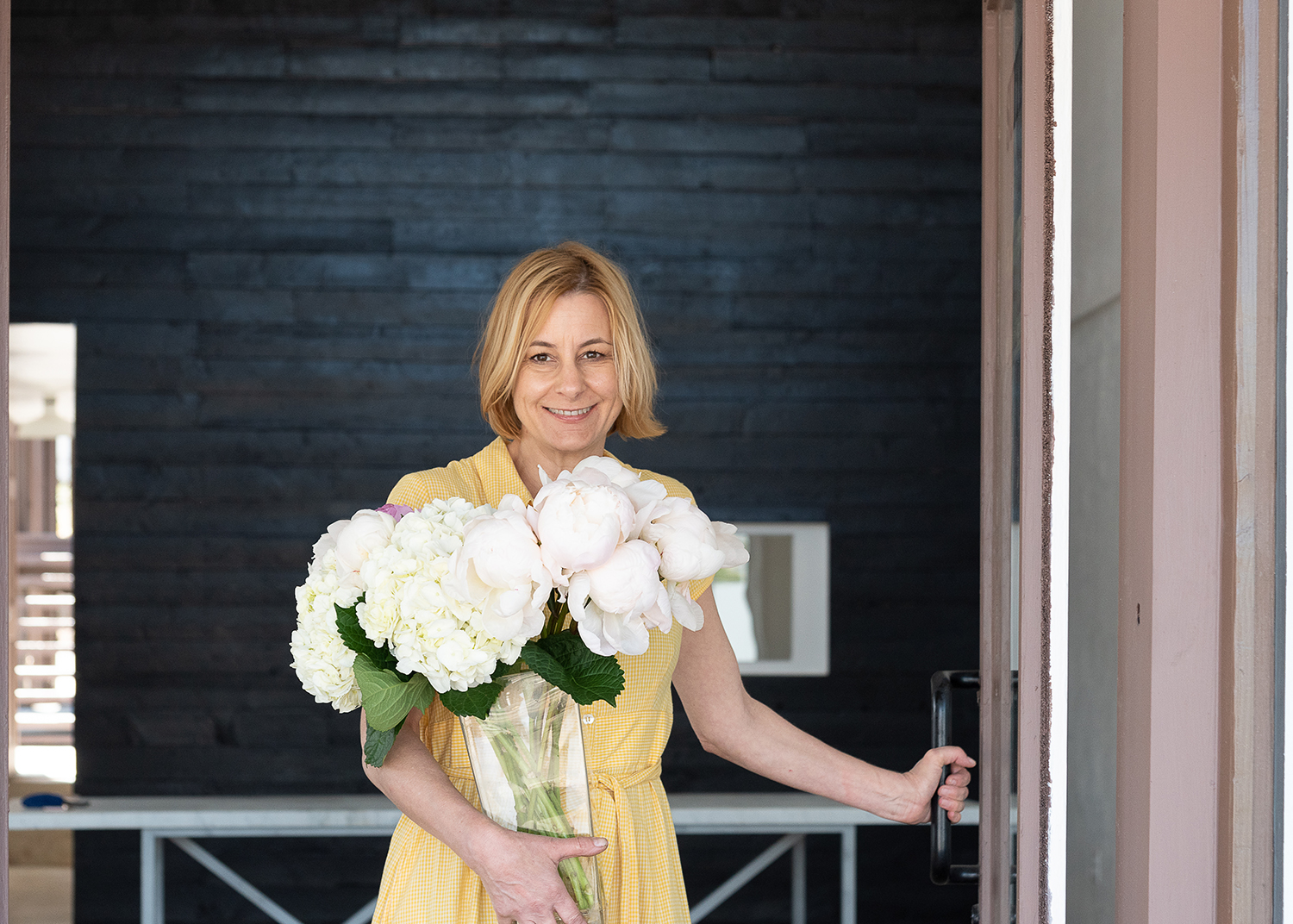 After running a business for more than 31 years in the same location, Felicia St. Denis is ready for a new beginning.

As owner of Flowers by Felicia, St. Denis has played an important role in many people’s lives in Playa del Rey and beyond by creating beautiful floral arrangements for life’s most important moments.

“There’s a lot of emotions behind what I do,” said St. Denis. “I’ve done people’s weddings, anniversaries, funerals, proms, baby showers, and I’ve seen kids go from coming in with their parents, to now being adults and buying their own coffee and flowers from me.”

So, it’s no surprise when word started to spread on social media in mid-June that she had received an eviction notice from her new landlord that the community rallied to show her support and let her know how much her shop meant to them. On Nextdoor and Facebook, customers promised free legal services, offered to raise funds, suggested alternative locations, and pledged to buy more flowers. Unfortunately, the news reached St. Denis’ adult children, Spencer and Sophie, who read about it online before she had a chance to tell them. There’s no hard feelings for the original poster, however.

“They ripped the Band-Aid off,” said St. Denis. “When I received the notice, I went home and couldn’t process it or knew what to say. In a way, it helped make things move faster by letting people know.”

St. Denis says that like many small business owners in the area, she was on a month-to-month lease for her location. With a new landlord often comes increased rent, construction and changes, something she wasn’t interested in negotiating after three months of grueling nonstop work to keep her business afloat as COVID-19 and Safer at Home has devastated many mom and pops.

With her phone ringing off the hook, longtime customers, friends, fellow business owners and community leaders called to make sure she was OK and help her find a new place to set up shop.

“The outpouring of support was amazing. Hearing that a small business got an eviction notice during the pandemic hit a nerve with a lot of people,” said St. Denis. “I’ve pretty much felt every emotion and have talked to so many people. Owning a flower and coffee shop, you see people day after day, and they let you into their lives. When a newly married couple comes in and all of a sudden they switch their order to decaf, you know it’s time to congratulate them. Then, they order flowers when the baby comes.”

St. Denis arrived in Playa del Rey from Seattle in the 80s looking for a change of scenery and some purpose. Landing a job as a flight attendant with Western Airlines, she wasn’t allowed to live too far from LAX and found an apartment on Pershing and Manchester. With much of her time spent on call, the L.A. transplant was lonely and began seeking jobs in the neighborhood to meet new people. When a hostess at White Feathers called out sick at the precise moment St. Denis stepped inside to inquire about a position, fate would set her on a new course. She enjoyed working there and eventually started making flower arrangements for not only that restaurant, but others in Playa del Rey. Soon patrons began to take notice and encouraged her to pursue the natural gift she had.

The first time she headed to the flower market in downtown she was amazed.

“I’d never seen so many flowers in my life. I thought ‘Oh my gosh, this is my calling,’” she remembers. “When I saw all the gladiolas in every color it made my jaw drop.”

Drawing motivation from her childhood spent enjoying nature with her grandfather, her mother and grandmother’s love for flowers and her father’s entrepreneurial spirit, she decided it was time to move from making arrangements in her garage to a real location. A “for lease” sign on a storefront on Pershing close to her apartment seemed like a great opportunity.

“When I walked in to inquire about the lease, I was laughed at,” she says. “I was in my early 20s and totally clueless about running a business. I didn’t have a plan or know how to negotiate a lease. I was flying by the seat of my pants. “

Good fortune would lead St. Denis to work with talented and knowledgeable flower designers in those early days that helped her hone her talent and teach her about the floral business. In three decades, she’s seen a lot of changes in the industry, from what people want—right now it’s more abstract arrangements that are free form—and increased competitiveness.

“One thing I never thought would make a comeback is dried flowers, but they have,” she says with a laugh.

A bunch of women along the way have also supported her, from helping her buy her first condo to making her their official florist for every big life event.

“I’m blessed beyond belief,” she said. “I’m a lucky girl that along the way I’ve received so much support. I’ve ended up with a sisterhood of fellow women that I didn’t plan on.”

With the backing of so many and not ready to retire or leave her longtime neighborhood, St. Denis has found a new location with help from Legado, which owns the historic building at 200 Culver Blvd. Sometime this month, she will be saying goodbye to the storefront she has worked at for more than three decades on Pershing and reopen in her new spot.

“I was always hoping to stay in Playa because this is where my heart is,” said St. Denis. “It’s been a whirlwind and who has this happen to them—losing their location and then a nearly perfect one pops up a few days later?”

While the new space is smaller and she won’t be serving coffee—Tanner’s is right next door—St. Denis sees this as an opportunity to embrace the next leg of her journey and open a Flowers by Felicia 2.0, “less country mouse and more modern.”

“This is a really positive next step,” she says. “A lot of people don’t land on their feet like this. It’s seriously amazing.”