Good pizza is always on the menu at this local eatery 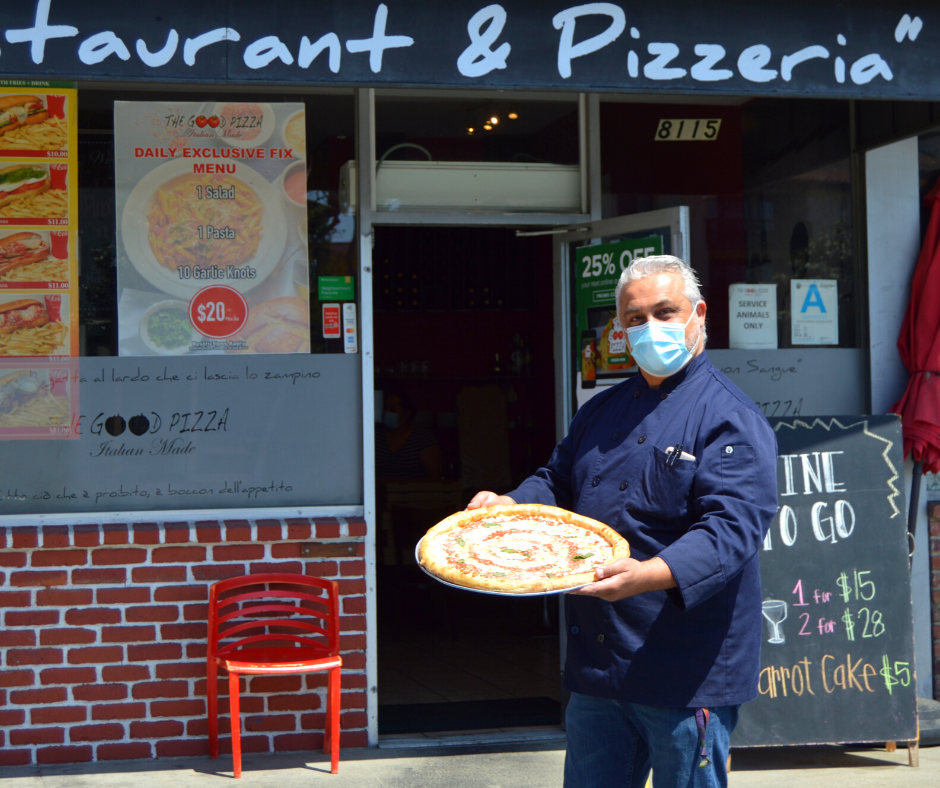 He’s traveled all over the world as a chef on a cruise ship and worked at some of the best Italian restaurants on the Westside, but the moment Nando De Stefano drove through Westchester he knew he had found the place he wanted to be.

De Stefano, the owner of The Good Pizza, was born and raised in Naples, Italy, where his family still lives today. Being from an area known for its pizza and having a mom that liked to cook, meant good food was everywhere while De Stefano was growing up. He didn’t always know he wanted to be a chef, but when he missed the deadline to attend a flight academy, he ended up enrolled in a school focusing on the culinary arts. There he would study for five years and find his calling.

With a dream to eventually open a restaurant in the USA, he traveled to New York where he landed a job as a janitor in an Indian restaurant. Eventually, he was hired at an Italian eatery as a bus boy, and he became determined to work his way up into the kitchen and to learn English fluently. After about nine months of studying the language, he was confident in his conversation skills and promoted to server and then the kitchen.

Eventually, he was ready for a new adventure and headed west to Los Angeles to learn more about the restaurant business and hone his chef skills. By 2008, with experience cooking at popular spots in Malibu and Beverly Hills, De Stefano started looking for a place to open his own pizzeria focusing on food from his childhood when he found Westchester.

“We saw an ad to sublease a restaurant here, and we didn’t know where Westchester was,” recalls De Stefano. “I told my business partner I wanted to see the neighborhood before we got to the location, and it was love at first sight. I said ‘OK, we are going to open here and get this deal done.’”

More than a decade later, The Good Pizza has locations in Westchester and Playa del Rey, and is known for dishes like its black ink linguine, meatballs, and of course, its Neapolitan-style pies. He uses his mother’s recipes for the eggplant Parmesan and the meatballs, but everything else on the menu is his own creation.

“Having always worked at fine dining restaurants, making the move to casual dining was difficult because I don’t know how to take any shortcuts,” said De Stefano. “Our meatballs have 16 ingredients and take a couple of hours to make, but I don’t know how to make them any other way. I’m not going to miss any steps.”

During this difficult time for restaurants and most small businesses, The Good Pizza is offering new promotions and items to help draw in customers and their loyal fan base. There is the $20 fixed menu that includes a salad, pasta and garlic knots and an enticing homemade sangria for two you can add to your order. De Stefano also plans on holding pop-up Neapolitan pizza days, where pizza is cooked in a wood-burning oven on the sidewalk in front of the Playa del Rey location.

“Being a neighborhood pizza parlor is great and challenging at the same time. You want to make sure the neighborhood loves you and likes what you’re doing,” said De Stefano.

Visit thegoodpizza.com for more info and to check out their menu.