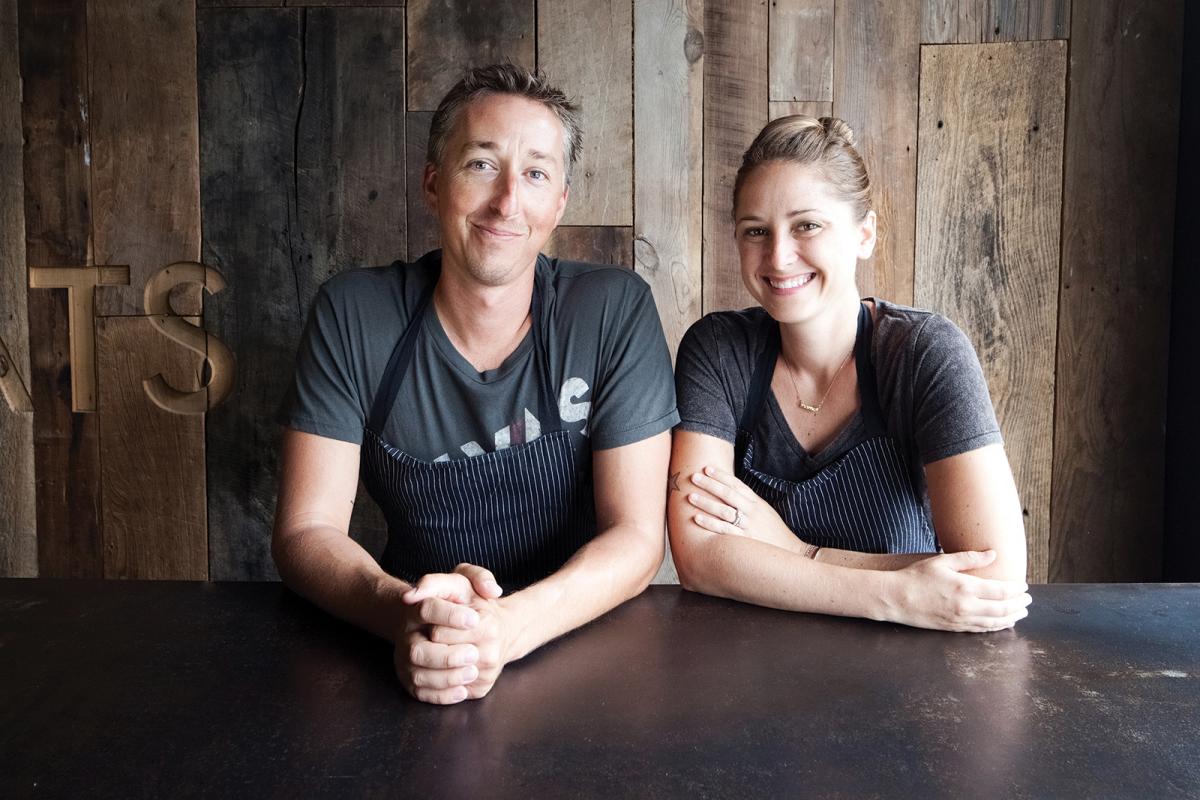 Westchester husband and wife team Nick Roberts and Brooke Williamson are readying to launch their newest restaurant concept in Playa del Rey, Playa Provisions, later this month. The restaurant, which is located at the former site of Tower 42, is set to open mid-May according to Roberts and is already creating buzz among locals and across the Internet with popular food blog, Eater, naming the restaurant one of the most

anticipated restaurants to open in Los Angeles this spring.  While opening a restaurant and navigating the city’s permit and inspection process can be daunting, Roberts and Williamson are comforted by the excitement growing around the opening of Playa Provisions.

Said Williamson, “We are grateful for [the buzz]. Opening a restaurant is not an easy task and knowing that we already have a clientele ready to chomp at the bit is an instant relief. ”

Roberts and William, who already have two other successful gastropubs–Playa del Rey’s The Tripel and Redondo Beach’s Hudson House– are ready for perhaps their most ambitious project yet with the aptly named Playa Provisions. The restaurant will feature four unique and separate, yet cohesive dining experiences. The multi-concept eatery will have one door to the entire space, but once inside will have separate entrances to the spaces within. The concepts include “King Beach,” a casual café serving breakfast and lunch; “Small Batch” an ice cream shop; “Grain,” a whiskey bar; and Dockside,” a full-service seafood restaurant.

“We have looked at the location for several years,” said Williamson who was runner up on season 10 of the popular Bravo TV show Top Chef.  “It’s a spot that we thought had so much potential. We are confident our concept is something that this neighborhood can really embrace. It’s all concepts we had talked about doing at one time or another and thought they would work really well together and would make a cohesive restaurant.”

While the menu is still being finalized–Roberts explains the menu at this point is huge and they are having trouble narrowing it down because there are so many great menu items they aren’t ready to lose yet–expect a wide-variety of dining options and price points. From sandwiches perfect for a meal after a long day at the beach, to lobster and crab at King Beach, Playa Provisions is sure to satisfy a wide- range of taste buds and wallets. Small Batch will feature classic stand-by flavors, as well as more unique and seasonal options. A pastry chef will be providing breakfast items, pastries and more formal desserts at the location as well.

Though all of the restaurants housed at Playa Provisions will be connected, each will “feel a little bit different.” According to Roberts, Dockside will have a clean, sleek look with booth seating indoors and outdoor dining with fire pits; the café (which will also house Small Batch) will be clean and bright and more fun; while Grain will be a little sexier and dimly-lit with whiskey barrels behind the bar.

Roberts says they should have the official opening date by the first week of May and a website for the restaurant, as well as its signage, will be up in the next few weeks.

Once the restaurant is open, breakfast is planned to start being served at 7 or 8 a.m. and Grain will be open until 2 a.m.

Both Roberts and Williamson are eager to open a new dining concept and will help add to the emerging local food scene that has started migrating south from traditionally more trendy locations like Santa Monica and Venice.

“We do this because this is what we love to do,” said Williamson. “Our goal is to give the best products and atmosphere for our immediate neighbors because they are the ones who keep us in business. We are excited to be in the area and we hope everyone is just as excited as we are.”

When the local chefs aren’t dreaming up new restaurant concepts or finalizing menus, they enjoy running in Playa del Rey or hitting up one of their favorite local spots like Ayara for Thai food or The Shack for a burger and drinks.

“We have really fallen in love with this area,”’ said Williamson. “We feel like Playa del Rey has really embraced us one-hundred perfect. We feel really lucky to be part of this community.”