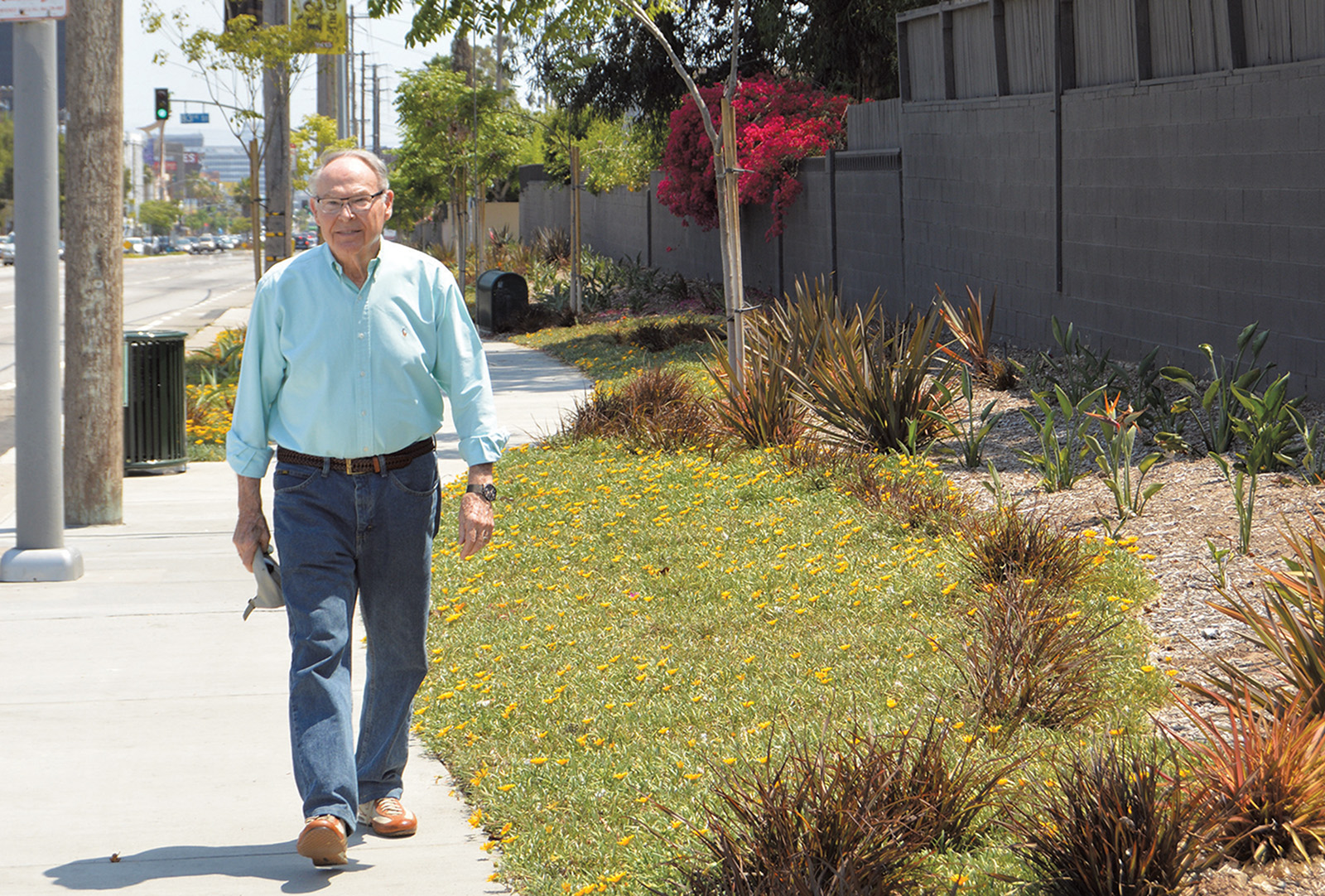 For more than five decades, John Ruhlen has been a fixture in the Westchester community. He has been involved with Westchester Vitalization Corporation, the local chamber of commerce and the Westchester Town Center Business Improvement District, but more than anything, his name has become synonymous with the incredible beautification efforts along Sepulveda Boulevard.

On December 4, the Westchester Streetscape Improvement Association and the BID honored Ruhlen with a plaque that will be placed along the street to commemorate his efforts that have helped transform the street into what it looks like today.

“No one has done more to change the face of this street than John Ruhlen,” said the BID’s Executive Director Don Duckworth. “He has poured his blood, sweat and tears into making this happen, and I am confident that without his leadership and resolve we wouldn’t have any of this.” 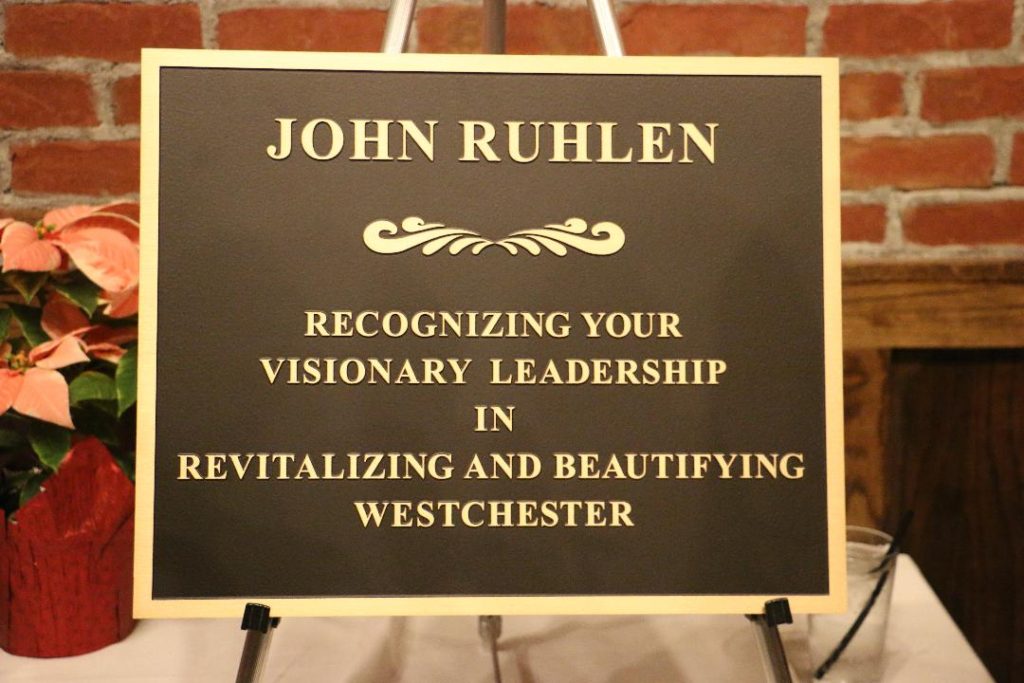 Top: John Ruhlen walks down Sepulveda Boulevard admiring the beautification efforts that have taken place over the years. Ruhlen’s plaque will be installed on Sepulveda. Photo by Harold Buchman.

Ruhlen was instrumental in the beautification efforts of the Westchester Landscape Entry Project, which began in 2014, and saw the removal of 50-plus-year-old Ficus trees, many of which were diseased or structurally unstable to allow for sidewalk, curb and gutter repairs along the busy Westchester thoroughfare.

While Sepulveda is now a pedestrian-friendly street with meandering sidewalks and attractive landscaping, it once had little landscaping, mismatched fences and was almost impossible to ride a bike, skateboard or push a stroller down the sidewalk, which buckled in numerous areas.

“Our goal was to create a much more walkable streetscape that would enable pedestrians, especially children and the elderly, to safely connect with the schools, churches and the YMCA, which are located on Sepulveda,” said Ruhlen.

Approximately 100 new trees and vegetation, including New Zealand Flax, Fountain Grass and Pink Trumpet Trees, were planted during the project. The new trees will not have the same problems inherent with the Ficus trees whose root systems destroyed the street and sidewalk.

The $2.85-million project was funded through a variety of sources. Congresswoman Maxine Waters secured a $1 million federal grant for improvements along the west side of the street, while then Councilmember Bill Rosendahl worked with Equity Office Partners, the former owners of the Howard Hughes Center, to secure a $1.85 million contribution to handle improvements on the east side of Sepulveda. A plaque dedicated to Congresswoman Waters has already been installed.

“We spent a lot of time, sought ideas and support from the community, and it is exciting to know that, after all that collaboration, we can now walk along this beautiful boulevard,” said Ruhlen.

Ruhlen and his wife, Gail, have lived in Westchester since 1967. They have two grown sons and one grandson. In 1978, John Ruhlen & Associates, Inc., a space planning and commercial interior design firm, was established in Westchester. In the 80s, Ruhlen began volunteering his time and talents by serving on the boards of many key local organizations, especially those involving beautification, business, arts and transportation, and he still remains active in a variety of groups today. Ruhlen also spearheaded the formation of the Westchester Town Center Business Improvement District along with property owner, Howard Drollinger, and has served on the Neighborhood Council of Westchester/Playa.