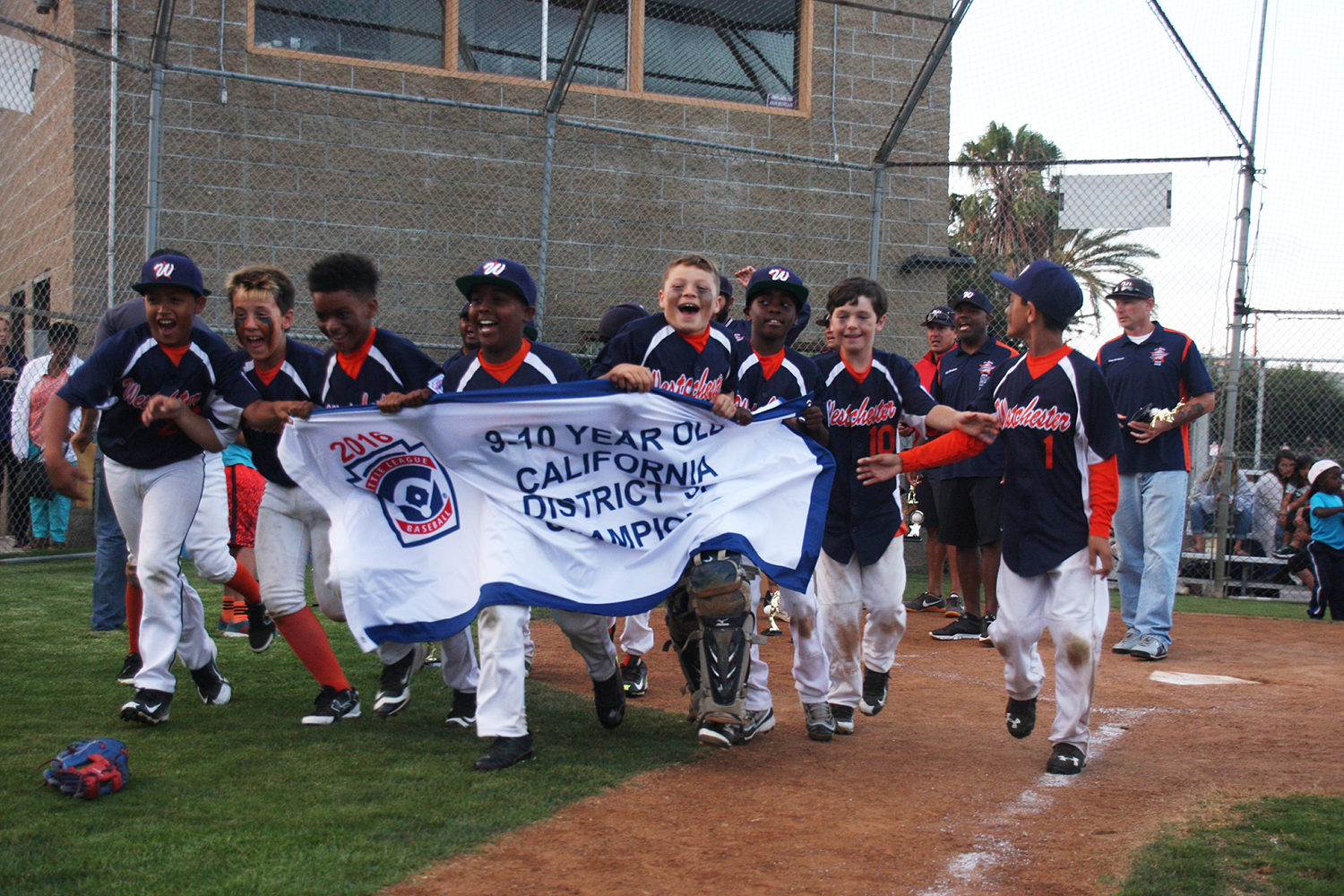 Players on the U10 Westchester Little League All-Star Team had grand plans for the summer: family trips, summer camps and more. Little did they know that they and their families would cancel all of that to spend more time on the baseball diamond.

It was an impressive performance that saw the team go undefeated, while outscoring opponents 68-7 and advancing to the Section 4 All-Star Tournament. There, the Westchester squad lost its first game against West L.A., but battled back through the losers’ bracket to face West L.A. again in the finals. Westchester beat West L.A. in two consecutive games to become only the second U10 team from Westchester to advance to the North Sub Divisional State Tournament in Lompoc.

Not anticipating the new travel expenses, the team scrambled to find funding for transportation to and from Lompoc. That is where the Gateway Los Angeles Business Improvement District stepped up to the plate. Executive Director Laurie Hughes rallied her members along with the Drollinger Family Charitable Foundation, LAX Kiwanis Club, Westchester Rotary Club and others to raise the money necessary to transport the team and coaches up north.

“Thanks to Laurie’s help and the wonderful Westchester community, the team got picked up at Nielsen Field and taken up to Lompoc by a big bus,” said Malin Dell’Amico, whose son, James, played on the team and whose husband, Keven, was a coach. “The look on their faces when the bus pulled into Nielsen Field with a sign on the side that said ‘Congratulations Westchester Little League 10u Orange All Stars’ was absolutely priceless.”

In Lompoc, Westchester lost its first game to Sherman Oaks, but as they did in the previous round, battled back through the losers’ bracket to face Sherman Oaks again. This time, Westchester was eliminated in a tough, 12-8 defeat.

“We had one goal in mind, making it to Lompoc, and the boys made that happen!”

Dell’Amico said the experience was about much more than baseball and added that the boys developed a camaraderie that will last forever.

“They marched in the Fourth of July parade. They’ve practiced or played games almost every single day since the beginning of June. They have cooled off by running though the sprinklers before games on hot days. We have had team pool celebrations, and ultimately the boys have made memories and friendships for life,” she said.