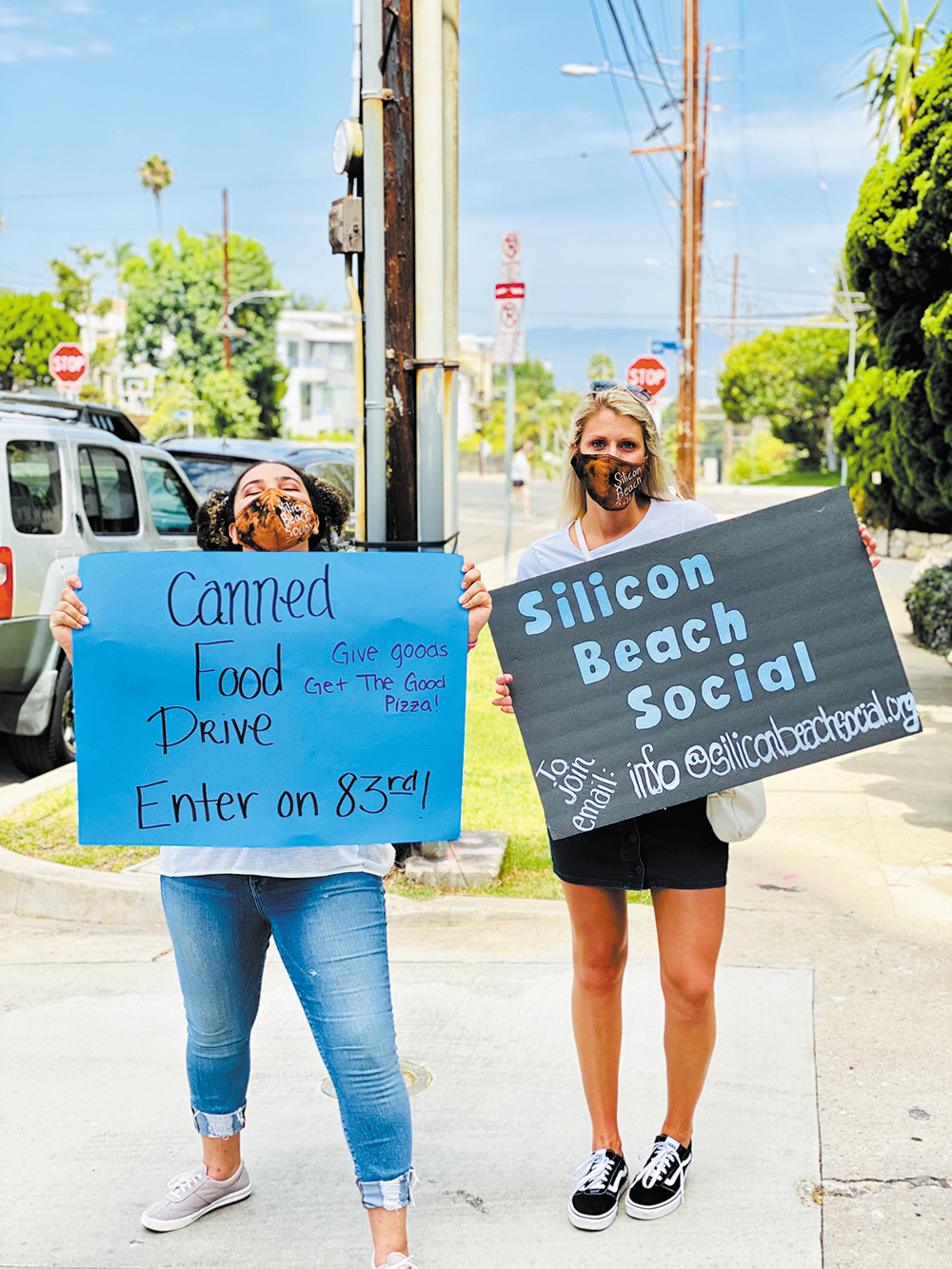 A sense of community and that feeling of belonging is something that everyone aspires to achieve in their lives. For 82 years, the women of Playa del Rey, Westchester and neighboring communities have succeeded in this goal through the Woman’s Club of Playa del Rey. The Woman’s Club is a place for fellowship, civic duty, philanthropy and fun, according to president Margarita Diosomito. They strive to enhance the lives of others through promoting volunteering, education and progressive ideas. They are part of the national organization, General Federation of Woman’s Clubs, founded in 1890, which is comprised of more than 3,000 philanthropic clubs globally.

The Woman’s Club of Playa del Rey is also award-winning and in May was honored with the Marina District’s annual perpetual trophy for having an almost 30 percent increase in membership. This active group of 78 women support each other and the community through activities that range from a walking club to collecting food for the LAX Food Pantry. Diosomito is proud of the work that the group does for those in need.
“Serving my second term as president, my passion to lead the Woman’s Club is just as strong, as the organization continues to make a difference in the community and in the lives of those who need help the most,” said Diosomito. “Through my involvement with the Woman’s Club, there is a sense of accomplishment toward doing something good, which in turn makes a difference in our personal lives.”

The list of nonprofits that the Woman’s Club supports is long, but some of their most successful partnerships occur in their Helping Hands program where they assist other local nonprofits. Some of their favorite projects include creating toiletry bags for Power of a Shower, which provides access to showers for the homeless; donating purses with necessities and toiletries for Rainbow Services, an organization that assists women who are victims of sex trafficking and domestic abuse; raising money for S.P.Y. (Safe Place for Youth), which supports homeless youth; making dresses for children in Malawi; and holding drives to collect plastic to be made into Buddy Benches, a program that helps provide bully-free zones and encourages inclusivity. The list goes on and on.

Late last year the club decided they needed to reach out to a younger demographic, especially working women who could not attend their mid-day monthly meetings. In January, the Woman’s Club sponsored a new organization, Silicon Beach Social, which has hit the ground running—even in a pandemic.

At the core of this new group is the desire to give back and support the community. Silicon Beach Social’s president, Alexis Rowley, was thrilled to get to work supporting and promoting philanthropic causes, helping local businesses and creating a place for women to network, both socially and professionally. To help build professional connections with the organization, Silicon Beach Social requires new members to submit their resume to the club. Their board of directors then pairs new members with a current member in a similar line of work or a completely opposite line of work so they can learn about each other and see if there are ways that they can help each other in a professional capacity.

In January, Silicon Beach Social held their first event with a charity flag football game to raise funds for the New South Wales Rural Fire Service during the Australian wildfires. They had 60 people participate and were able to raise $1,500 to send to Australia when it was needed the most. Rowley credits the Woman’s Club of Playa del Rey with aiding them in their success from the beginning.

“The Woman’s Club of Playa del Rey is inspiring and supports us every step of the way,” said Rowley.

It goes without saying that both clubs, as well as our world, changed in the middle of March. When the pandemic hit and life was shut down, both groups quickly had to figure out how to continue their philanthropic work and keep their members engaged in a socially distant world. Although their activities may look different, the work continues. Both groups came together to celebrate the 100th anniversary of women’s right to vote in August with a food drive to support the LAX Food Pantry. Dressed in traditional white suffragette attire, they raised more than $1,200 in donations and collected 216 bags of food, weighing more than 2,000 pounds, at a drive-through food collection event.

The Woman’s Club of Playa del Rey has continued to have meetings utilizing Zoom and also offer their members technical support to learn this new way of communicating. Recently, their walking club has resumed, although now walkers wear masks and keep six feet apart. They’ve also started their twice-a-month bingo games again, which have been christened “Patio Bingo” with their setup moving outdoors, with spaced tables and limited participants. They’re still keeping busy with as many philanthropic endeavors as they can safely achieve, including making masks for St. Joseph’s Center to distribute to people who need them.

Silicon Beach Social is holding monthly meetings over Zoom as well. They have pivoted some of their charitable efforts to supporting local businesses. Their new Supper Club initiative encourages community members to shop local and purchase from their selected eatery during the event. Their most recent Supper Club featured Playa del Rey’s The Good Pizza, and Silicon Beach Social was able to sell 65 pizzas in just two hours!

“We want nothing more than to see our local community thrive. If we can play just a small role in that, we will be happy,” said Rowley.

Wanting to discuss topics like social justice, equality and anti-racism, Silicon Beach Social has also launched a Zoom series for its members called “Talk, Listen, Learn.”
Both the Woman’s Club of Playa del Rey and Silicon Beach Social are always looking to welcome new members. They invite interested women (Silicon Beach Social is open to men joining too) to visit their websites, wcpdr.org and siliconbeachsocial.org to learn more. Both groups invite potential members to a complimentary meeting to learn what the clubs are all about.

If you would like to make an impact in your community and want to network with your neighbors, the groups may be just the thing you are looking for.

As Diosomito says, “It’s about being involved, staying connected and making a difference.”