Charter school hopes for a miracle to find space in Westchester 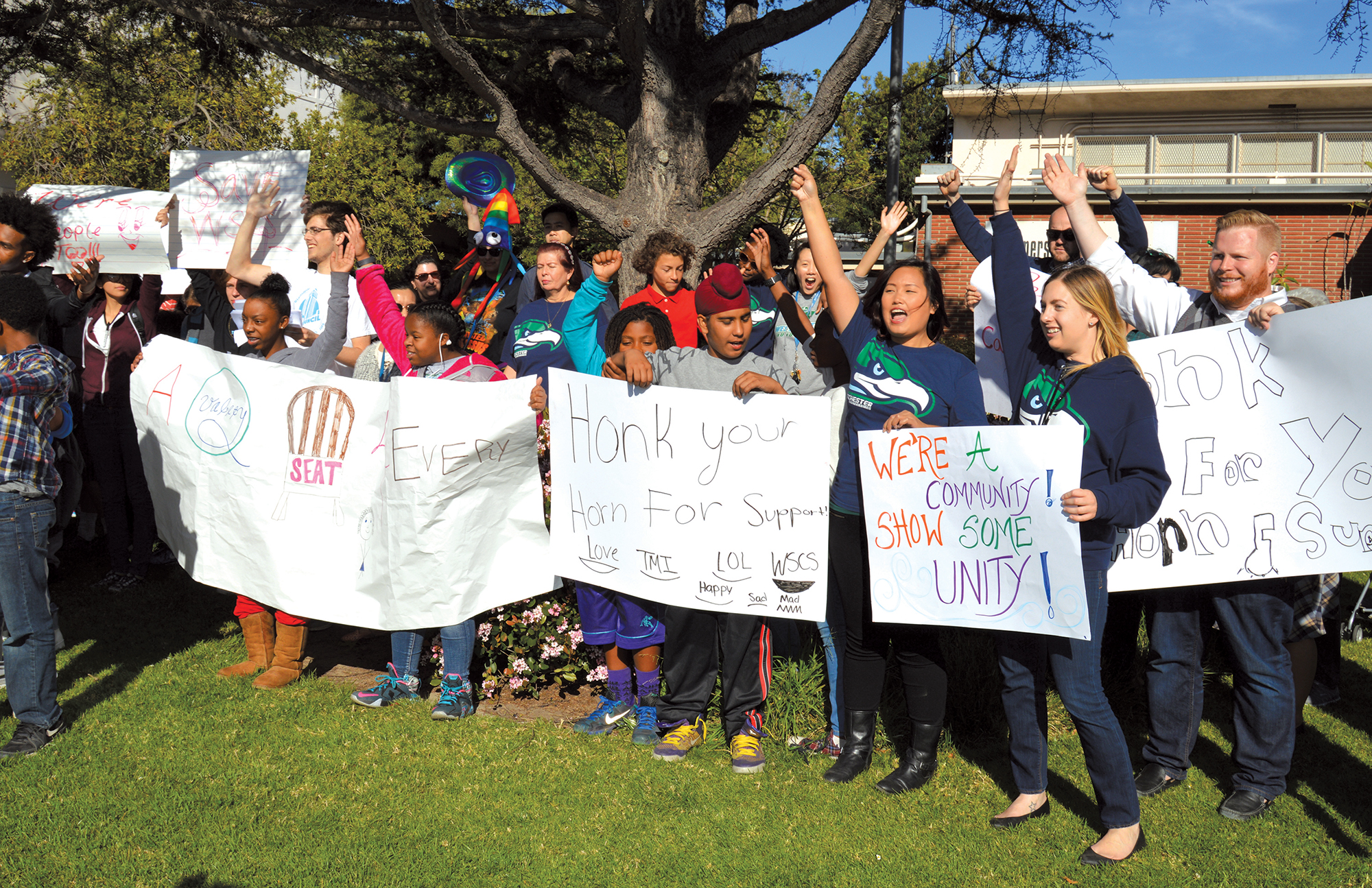 Opening up a successful sixth through twelfth grade charter school where students could flourish in academics and the arts, and teachers and administrators would be able to make decisions without LAUSD red tape to bring in rich programming and community partnerships, was a dream Westchester Secondary Charter School (WSCS) principal Janet Landon fought for years to achieve, but the school’s future is now uncertain.

The school, which opened in 2013, has been battling with LAUSD for space on a Westchester campus for years, an issue that came to a head at the end of the last school year when WSCS was offered Proposition 39 space at Crenshaw High School some six miles from Westchester. Prop 39, adopted by the voters of California in 2000, requires school districts to make facilities available to charter schools. Under Proposition 39, a school district must make “reasonable efforts” to provide a charter school with facilities near to where it wishes to locate. WSCS has argued all along that space is available locally for the school to co-locate at, most notably at Emerson Avenue Adult School on Emerson Ave. in Westchester, but the district is “hoarding facility space.”

“The site has been offered to other charter schools, but not to us,” said Landon. “LAUSD has made it clear that it would not work cooperatively with us, even insisting last year that their records indicate the Emerson campus in Westchester– which stands nearly empty– is really serving 2,400 students and thus cannot be shared with a charter school.”

WSCS held a protest in front of Emerson Avenue Adult School on March 23 to show their displeasure with LAUSD and local School Board Member, Steve Zimmer, over the handling of available facility space in Westchester for charter schools. More than fifty students, teachers, parents and community members marched around the campus with signs while chanting “a quality seat for every child” and protested on the front lawn of the school to bring attention to their plight.

Currently the school’s 250 sixth through eleventh grade students call the First Baptist Church of Westchester home, but the church is not a viable location for the next school year. While Landon is grateful to have found the property and a space for her students, the location is more suitable for a Sunday school than a high school and is zoned as residential. The school has applied for a Conditional Use Permit (CUP) but with delays at various city offices, Landon doesn’t anticipate a ruling on the school’s application until December. Further complicating matters, without a CUP, the school can’t get the permits to make needed upgrades to the facility. Landon says the school has already spent $200,000 for permits, a traffic study, upgrades to the location and lawyer’s fees. She estimates it will cost at least another $200,000, money the school doesn’t have, to make additional improvements and install safety features on a campus that is too small, and that they don’t even own.

“We may not have lots of things, but we have kept our sense of humor and we are muscling through,” said Landon, who is proud that 60% of her students are on the honor roll. “It’s not about the space. It’s about who is in the space that matters. It’s about the teachers that are in the room.”

For the upcoming school year, WSCS has declined an offer from the district for space at Horace Mann Middle School, a campus even further east than Crenshaw High School. Landon and the school’s board have been working feverishly to try and find space for the school’s next location, but in the next month some tough decisions will need to be made. The uncertainty of finding a home for the 2016-2017 school year weighs heavy on Landon, who says she has a full school for next year and a wait list for sixth and ninth grade.

Making the decision on what the school will do next has been made all the more difficult because the span school, which started as a sixth through ninth grade school, and has added a grade each year, has 25 eleventh graders who face the possibility of having to spend their senior year at a new high school.

“This school has provided me  with a platform to share my voice, contributed to the shaping of my personality, made me confident in my capabilities, developed my hunger for learning and most importantly, I’m not just a student ID number here,” said WSCS junior Ruth Melashu. “This school has given me the opportunity to learn from adults that genuinely care about me and my education. My peers and I are really looking forward to being the first graduating class of Westchester Secondary Charter School, and we are going to miss out on that experience if the school fails to find the home it needs in order to continue providing the superior education.”

Landon is devastated by the possibility that her students, who are a part of a tight-knit school family, might not be able to finish out their high school experience at WSCS. Ever the optimist, however, she is holding out hope for a miracle.

“The charter world is notorious for miracles. I believe that if you are doing the right thing that people will want to help,” said Landon. “I just believe somehow that things will work out. I am full of doubt, but I have a lot of faith too. I have to be mindful of the reality, so that I can prepare for it and write letters of recommendations for teachers and students, but I have to be consistently hopeful and open to ideas that people have to help find a solution.”

No matter what the outcome of the school’s May board meeting, Landon is proud of her students and teachers for their hard work and for the community the school has built in the last three years.

“No matter what happens, I know we made a difference. Our families have been so supportive and enthusiastic and willing to do whatever we ask them to do,” said Landon. “I’m really grateful that I’ve gotten other people to understand what we are doing for kids, I just wish LAUSD did as well.”

Pictured: Teachers, students, parents and community protest in front of Emerson Avenue Adult School to bring attention to their search for school space in Westchester.