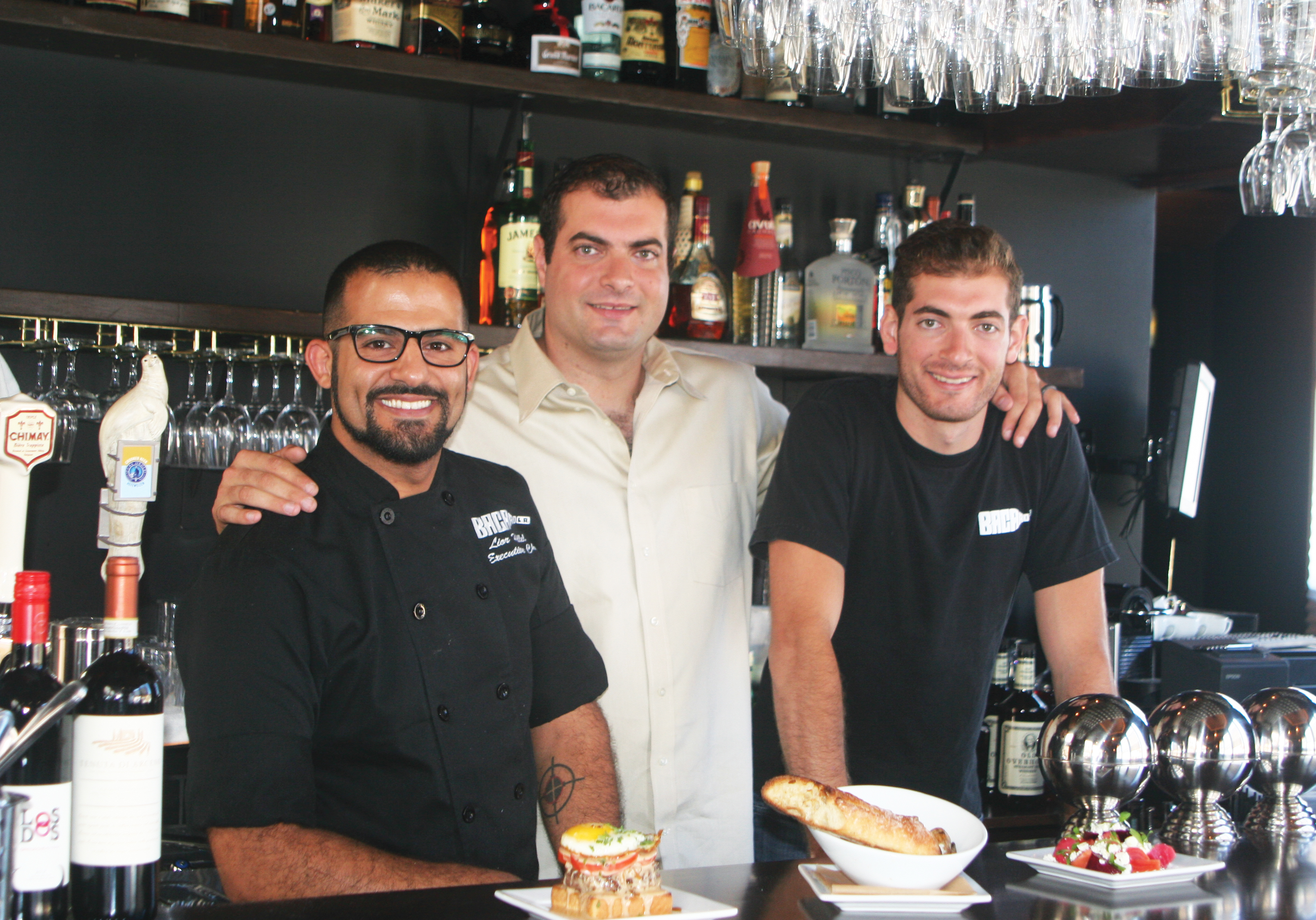 Restaurateurs Lior Hillel and brothers Robert and Daniel Kronfli are looking to put their newest restaurant, Bacari PDR, on the map for casual, neighborhood dining in Playa del Rey. This is the third restaurant for the Kronflis and Hillel, who also own Bacaro LA and Nature’s Brew in Downtown Los Angeles.

Bacari PDR (pronounced BACH-CAR-E) officially opened its doors on Wednesday, September 3 and its owners are excited to bring their Mediterranean-inspired small plates dining concept to the community.

The three opened up their first restaurant six years ago after Daniel took an extended tour of Northern Italy and became inspired after visiting over 100 “bacaros”– small wine bars where people meet and socialize. The partners used that inspiration for their first restaurant, which they opened near the Kronflis’ USC. With the success of their first two restaurants and a line of natural sauces and dressing, the culinary trio set their sights on opening a beachside restaurant and searched for months before coming across a space for lease in Playa del Rey, at the former location of Bistro du Soleil. The restaurant’s proximity to the coast, the area’s burgeoning culinary scene and the fact it already had a working kitchen, sealed the deal for the men who signed the lease in May.

The team worked to make the space warm and inviting by adding rustic décor,  dark wood furniture and floor-to-ceiling chalkboards, which list the restaurant’s food and beverage menus.

As for the food, Israeli-born chef Hillel says the goal is to elevate simple dishes by using fresh ingredients, spices and bright flavors like citrus.

“The menu is simple, straightforward and not complicated. There are dishes that are very conservative to adventurous,” says Hillel. “It is very versatile that way.”

With the small plates concept, diners generally purchase a few items apiece to share. Menu items are $8 each, save for a few specialty seafood dishes, but guests are given a small discount when they purchase three.

“Everything on our menu is meant to be shared,” said Robert Kronfli. “Dishes come out as they are cooked; that’s the concept we are trying to bring to brunch and dinner.”

Hillel enjoys sourcing ingredients from local farmers’ markets and utilizing grass-fed beef for their dishes. Vegetarian and vegan options are also available for those with dietary restrictions.

Enjoying a meal with a glass of wine or a beverage is a large part of the dining experience at Bacari PDR. A menu of specialty cocktails was created for the restaurant and all of the wines are hand selected by the team, which extensively researches and looks for wines made in small batches. According to Daniel Kronfli, there is always a rotation of six to seven lesser-known varietals on hand. Since at most only a crate of wine is purchased, once a particular variety is gone, guests will have to wait at least a year until they see it again on the menu. An interesting feature of the restaurant is its newly started wine ceiling. If you finish a bottle of wine at the restaurant, guests are invited to sign it and add it to the restaurant’s 1,100 square foot ceiling.

The trio is hopeful that the neighborhood will embrace the wine bar and small plates menu and its casual, friendly atmosphere that has zero-tolerance for pretention.

“We wanted to move to a community that we can be part of. We want to be part of the positive energy that is going on here,” said Robert Kronfli. “We are really passionate about this space. We see a lot of positive things happening in this neighborhood in the next five to ten years.”

To celebrate its opening, Bacari PDR will be offering guests happy hour prices through the month of September where all plates will be $6 each. The restaurant is open seven days a week from 5 p.m. to midnight and will open for brunch in October.