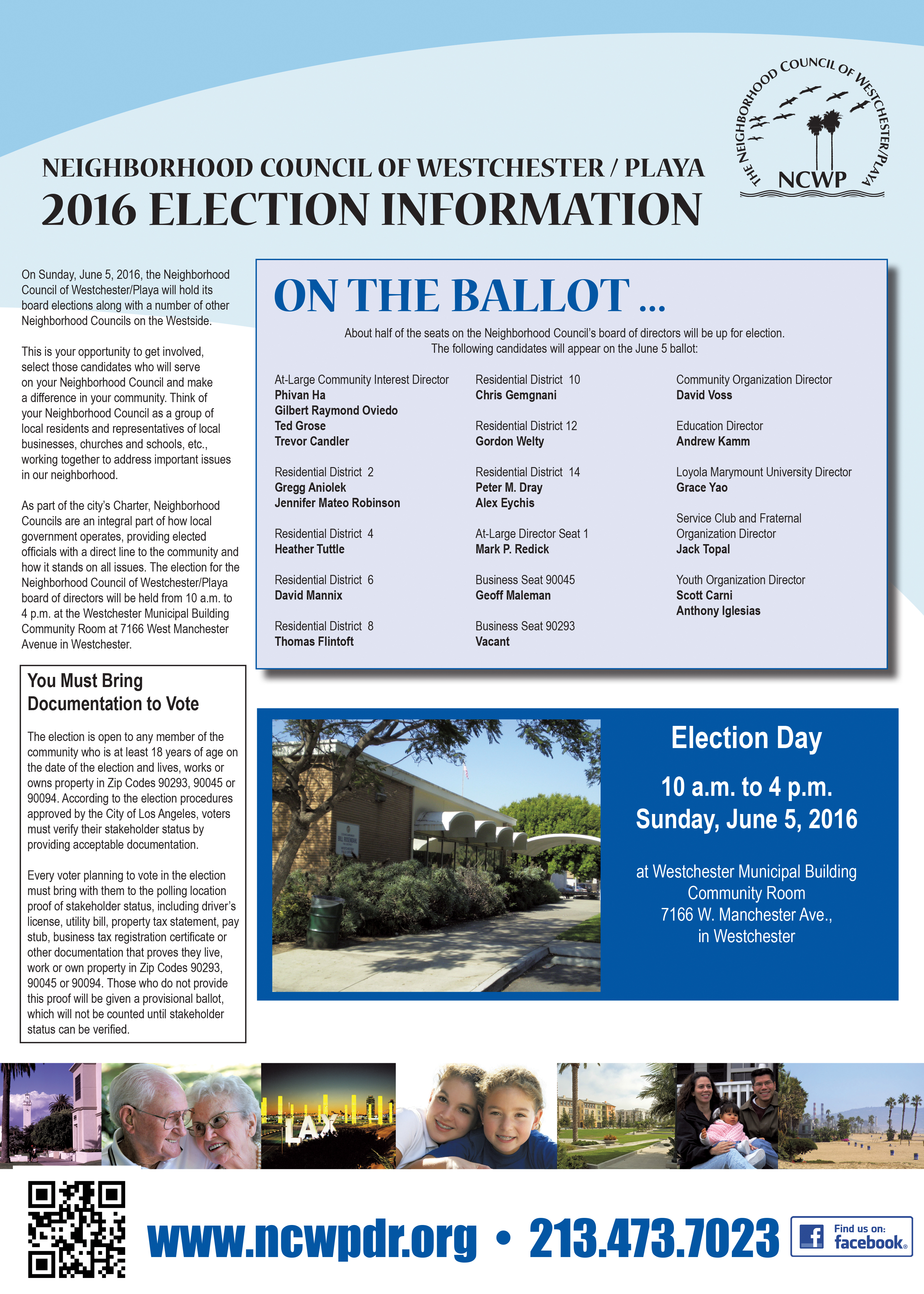 Twenty-one candidates are running for fifteen seats in the Westchester/Playa Neighborhood Council (NCWP) election set for Sunday, June 5. While there may only be four contested seats in the election this cycle, NCWP President Cyndi Hench is encouraging the community to head to the Westchester Community Room to vote and show their support for the candidates. The At-Large Community Interest Director seat has four people running for the position, while the Playa del Rey resident seat, the Playa Vista resident seat and the Youth Organization Director Seat each have two candidates running.

“I don’t expect it to reach the same levels as the election turnout of two years ago, but I hope that people will care enough about their community to show up and to participate in the selection of their board members,” said Hench who says that 1,135 ballots were cast in the 2014 election.

Candidates not running against anyone will automatically “win” their seat with at least one vote, and all elected board members will be installed at the NCWP’s Tuesday, August 2 board meeting.

Voting will take place at the Westchester Community Room, located at 7166 Manchester Ave. in Westchester on Sunday, June 5 from 10 a.m. to 4 p.m. and is open to stakeholders 18 and older who live, work or own property in the NCWP boundary. All potential voters will be asked to bring proof of their eligibility to vote, which can include a driver’s license, utility bill or pay stub. Board members will also be on hand at the voting location to answer questions about getting more involved with the neighborhood council.

“The NCWP is the voice of the community, so our community is stronger when people get involved, whether that’s through participation in the election or participating in meetings or committees,” said Hench.

Read below for more information on the candidates and the election (click to make larger): 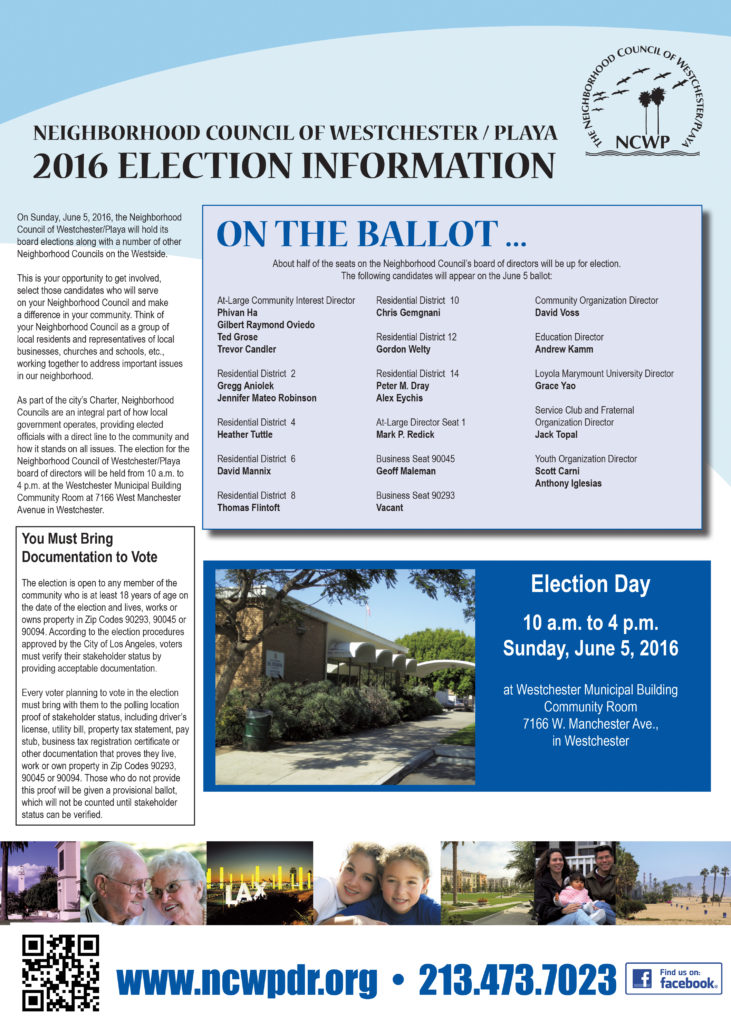 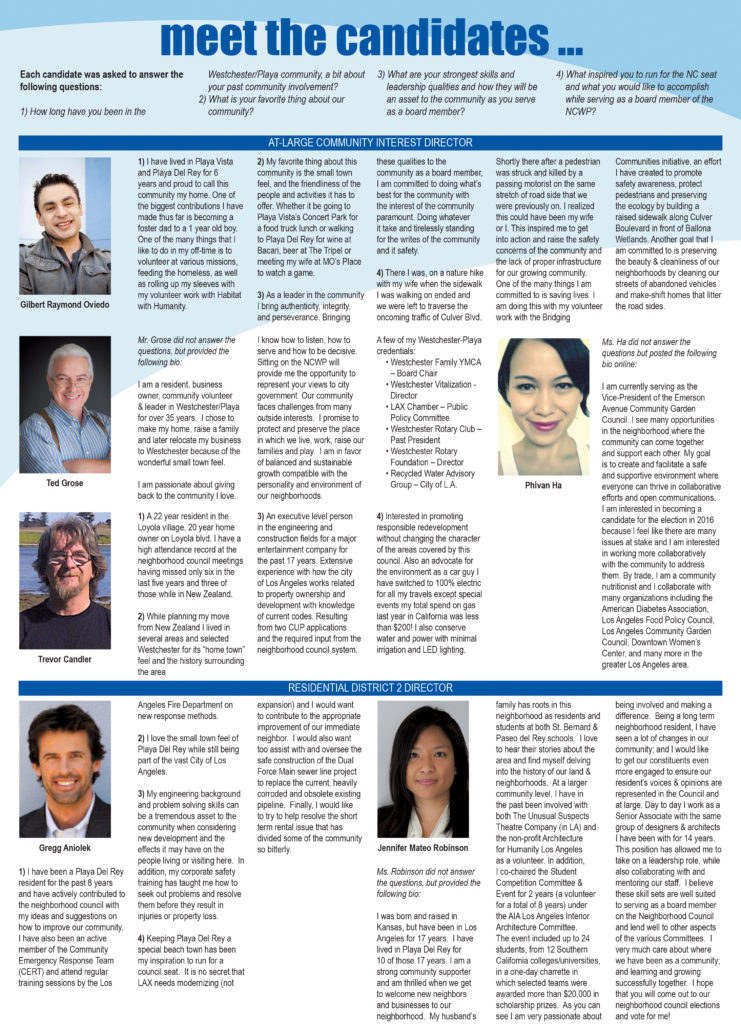 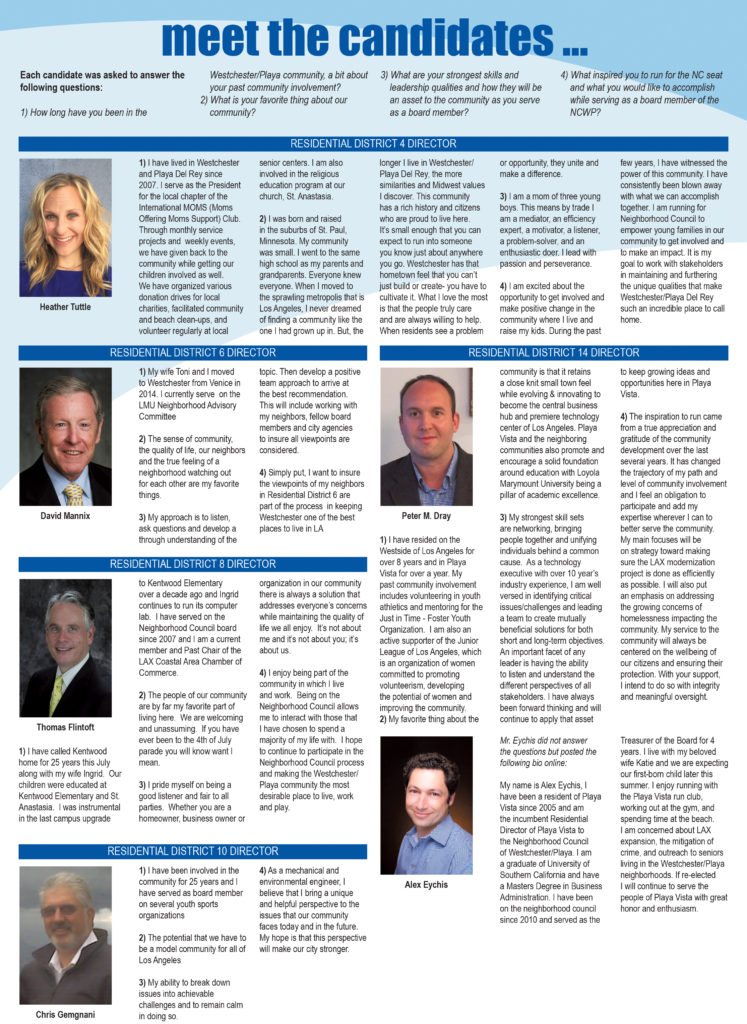