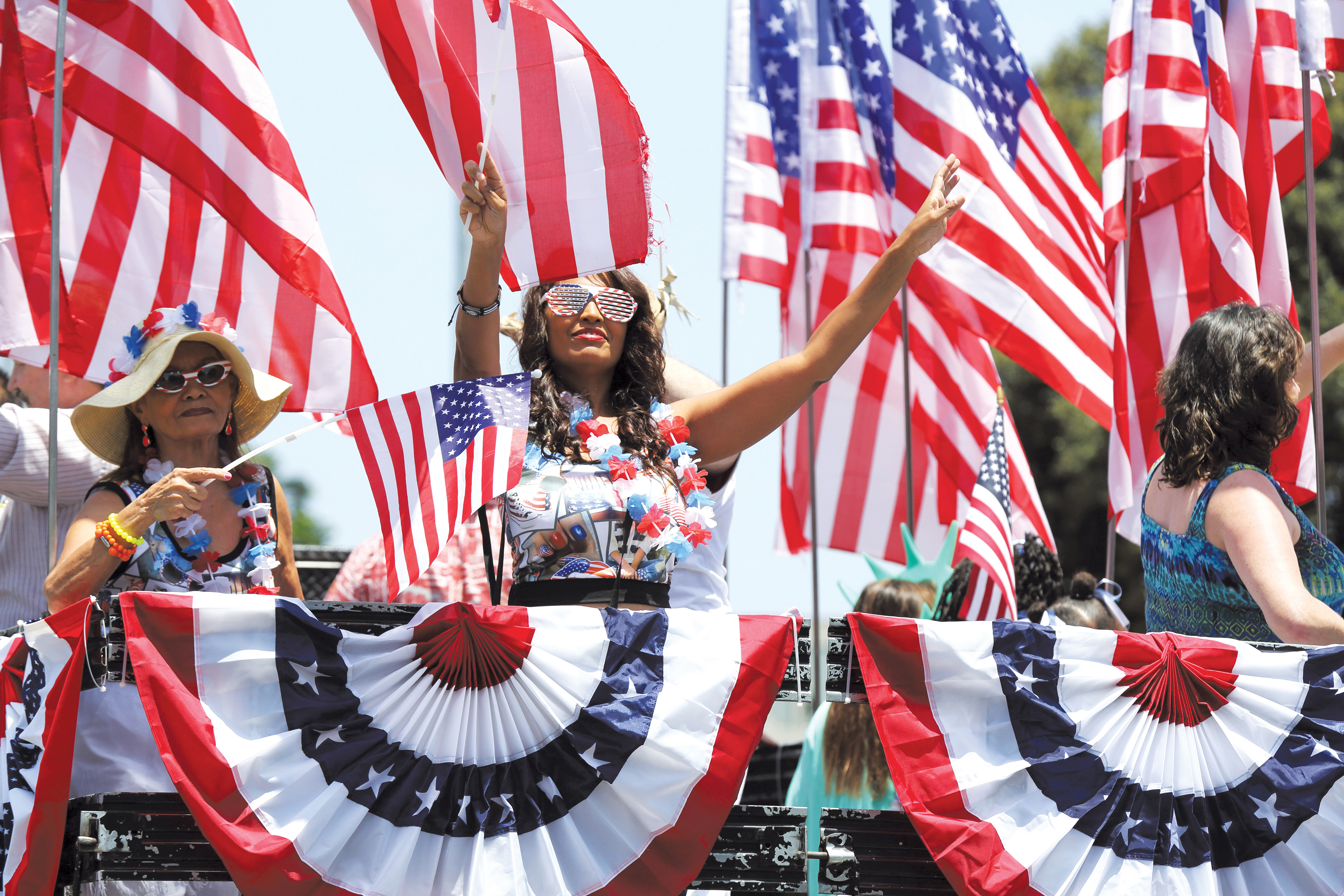 Grab your red, white and blue and head down to Loyola Boulevard to celebrate America’s birthday at the 17th Annual Fourth of July Parade presented by the LAX Coastal Chamber.

The parade will take place on Monday, July 4 starting at 11 a.m. Fifty community groups, floats, bands and entries will travel down Loyola Blvd. from Westchester Park to LMU to complete the .75 mile route.

Sidewalk seating along Loyola Blvd. is available on a first come, first served basis, and parade-goers can also bring blankets or beach chairs to sit on. People generally start reserving their spots around 10 a.m. The most popular seating areas are near any of the three announcer booths along the parade route, located at the beginning of the parade at Manchester and Loyola, center stage near 83rd Street and Loyola and at the end of the parade near 80th Street and Loyola. Joining the parade as announcers are Larry Israelson, Lisa Schwab and Geoff Maleman.

Many of the floats along the parade route have a Westchester theme, including Visitation Catholic School’s model of the Loyola Theater, LMU’s tribute to the university’s iconic bluffs and Westchester Lutheran’s replica of the Spruce Goose that will feature the plane “flying” over Westchester.

Parade entries will be judged before the parade in the categories of Best Overall, Best in Relation to Theme, Chairman’s Choice, and for the first time this year, the Mayor’s Choice award. The winning floats will be announced as they make their way down the parade route.

“The floats are getting so creative, that we wanted to add another award category to recognize the outstanding work of our community groups,” said parade chair Gwen Vuchsas. “As a committee we appreciate all of the hard work that goes into creating the floats, and so do parade-goers. We are just as excited as the crowd is to see what everyone will come up with.”

While the parade will feature perennial favorites like the Great Pyrenees dogs, local schools and marching bands, newcomers include the Westchester Farmers’ Market, Los Angeles Carnival and the Andreini & Rosal Real Estate Group.

T-shirts featuring the parade logo and Westchester tote bags will be available for purchase on the east side of Loyola at 83rd St. on the day of the parade. T-shirts are $24.99 and tote bags are $13-$15. Cash and credit cards will be accepted. The shirts can also be purchased online at westchester75.com.

“We are honored to be able to put on this event for the community to celebrate the Fourth of July, and we hope everyone will come out and support our hometown parade,” said Vuchsas. “This parade would not be possible without our generous sponsors, our volunteers and the community who supports us year after year.”

Look for sponsors Zacha Homes passing out balloons on Loyola at 80th and 83rd Street and for the Stephanie Younger Group passing out water and sunglasses along the route. Copies of the HomeTown News‘ July edition, featuring the Parade Program, line of march and information on the entries,  will be passed out at the event.

Parade Line of March (as of Sunday, July 3)