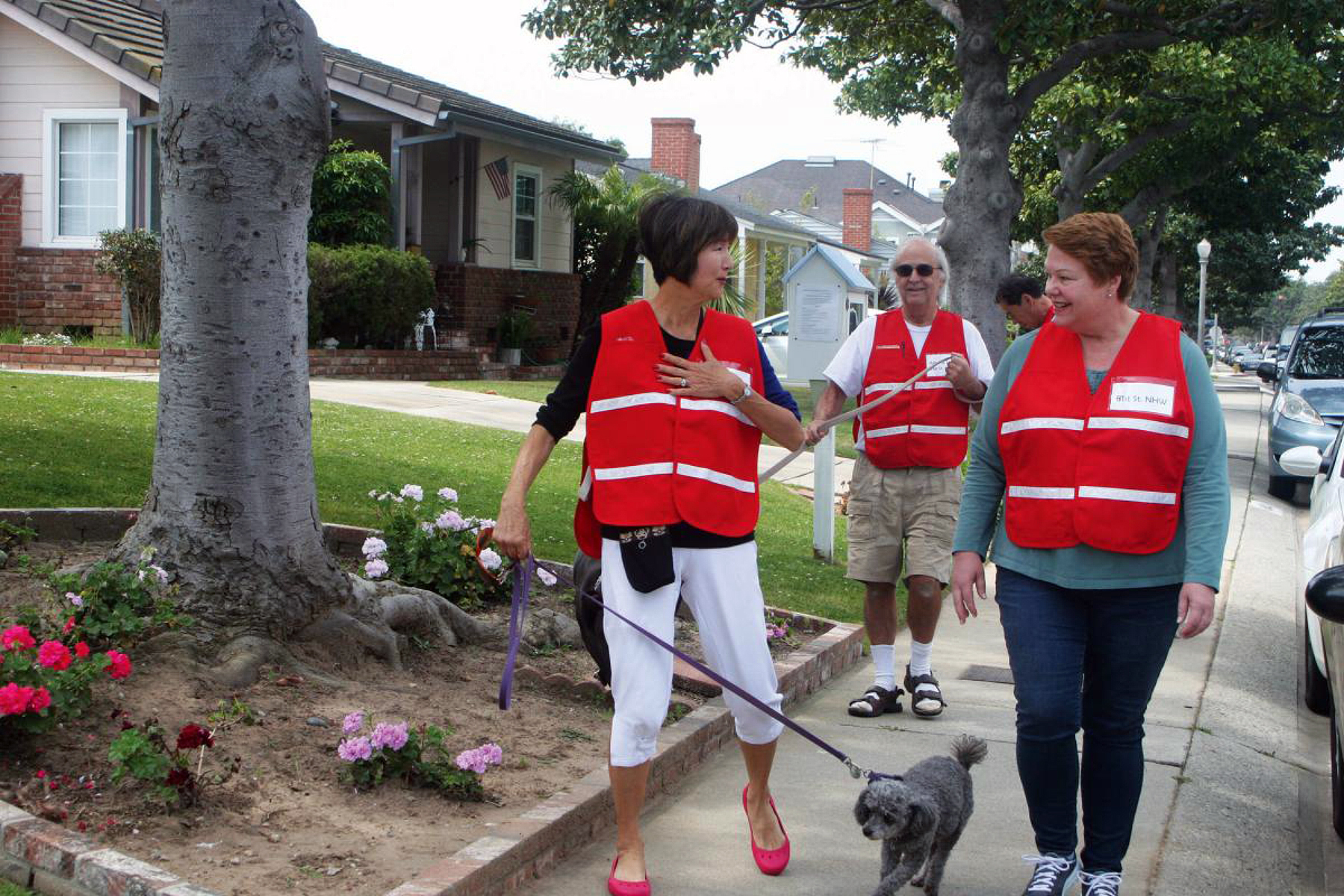 There may be more than a decade in crime reduction in the Pacific Division, which includes the Westchester/Playa area, but local residents are on high alert when it comes to the rash of burglaries and thefts that have occurred in the community.

In response to the outrage over recent crimes, Councilman Mike Bonin in collaboration with LAPD Deputy Chief Terry Hara, LAPD Pacific Area Captain Brian Johnson and NCWP public safety chair Cyndi Hench, held a Public Safety meeting on March 24 at the LAPD Ahmanson Recruit Training Center in Westchester. More than 300 residents of Westchester, Playa del Rey and Playa Vista packed the meeting room to hear from the speakers on how to keep the community safe and to learn what the LAPD is doing to help thwart crime and capture the criminals who are breaking into homes and vehicles.

For the panelists, the use of predictive policing and the strength of local Neighborhood Watch programs are key to helping reduce crime in the community.

Captain Johnson explained that after looking at the best practices throughout LAPD and the region, Pacific Division recently decided to take an “all in” approach to predictive policing. Using a model based on property crimes (burglaries, grand theft auto and burglary and theft from autos), predictive policing looks at all of the crime in the area and uses a complicated mathematical algorithm to predict where the highest probability of crime is likely to occur.

“What I am impressed about Pacific [division]…is their ability, through their crime analysis, to analyze our crime and put our cops where we need to put them,” said Captain Johnson. “What predictive policing has done for us is really illustrate that we were on target, but now we are going to be that much more laser focused.”

Johnson explained that every morning predictive policing sends crime maps out with twenty “boxes” or areas to let officers know where crimes are most likely happening that day. The captain can then allocate resources accordingly.

Although crime has been down overall for the last eleven years, this has been a “tough first quarter” for the Pacific Division with part 1 crime up 8% (ending the week of March 24), which equates to 20 burglaries in Pacific Division. Thefts are up 37% percent, although Johnson says these crimes are largely preventable. More than 30% are thefts from open garages and stolen bikes, cell phones and other property that was left unattended.

Johnson added that they would be making the information about where the twenty predictive policing boxes are available to the public.

While Johnson and other speakers emphasized that they were working hard to keep people and their homes safe, they stressed that they cannot do their jobwithout the involvement of the community. They touted the importance of creating Neighborhood Watches on each block, calling in suspicious behavior to either 911 or 877-Ask-LAPD and equipping homes with burglar alarms and surveillance cameras.

“When we have a problems such as property crime that is occurring in the Westchester area, we want to find out, and we need the help of identifying license numbers, vehicles that come in and out that have no reason to be in the neighborhood,” said Captain Johnson. “It’s all those little parts of the puzzle that help build that picture so that we can have more information to focus on individuals, and that can only happen with your help. With technology that you might have at your residence, the type of security system that you have, the cameras that are very reasonable today and are very good high definition, those all help in our investigation when things occur.”

Since the beginning of the year, Hench says there has been an increase in Neighborhood Watches being formed, but the majority of blocks in the area still do not have an active group.

Blocks like the 6500 block of 81st Street in Westchester, however, are making their presence known in the hopes of keeping would-be burglars away and protecting their homes. Their neighborhood watch, led by block captain Mary McFarland, has started the “Doggie Patrol.” The group of seven dedicated volunteers don red vests and take turns patrolling their street from Dunbarton to Alverstone, looking out for suspicious activity.

Learning that her neighbor’s car had been stolen spurred retired nurse Patty Ichimura to get involved with the Neighborhood Watch and join the Doggie Patrol with her husband, Richard, and their two dogs.

“You get out of your neighborhood what you put into it. I think being the eyes and ears of the block does a lot,” said Ichimura who added that her neighbors often cheer the group on when they see them walking. “This is neighbors being neighborly and it’s a win-win situation. It creates confidence and trust among neighbors.”

Other successful Neighborhood Watch groups are combining camaraderie with a focus on preventing crime with “Yappy Hour” where neighbors meet at the park with their pets to discuss what’s going on in the neighborhood and happy hour mixers.

Pictured:  81st Street residents stroll down the street during their daily  Neighborhood Watch patrol. Police are urging the community to start a NW on each block to help reduce crime in the Westchester/Playa area.