Community Spotlight: Ballet Beyond Borders debuts in Westchester for the first time with dance, special events 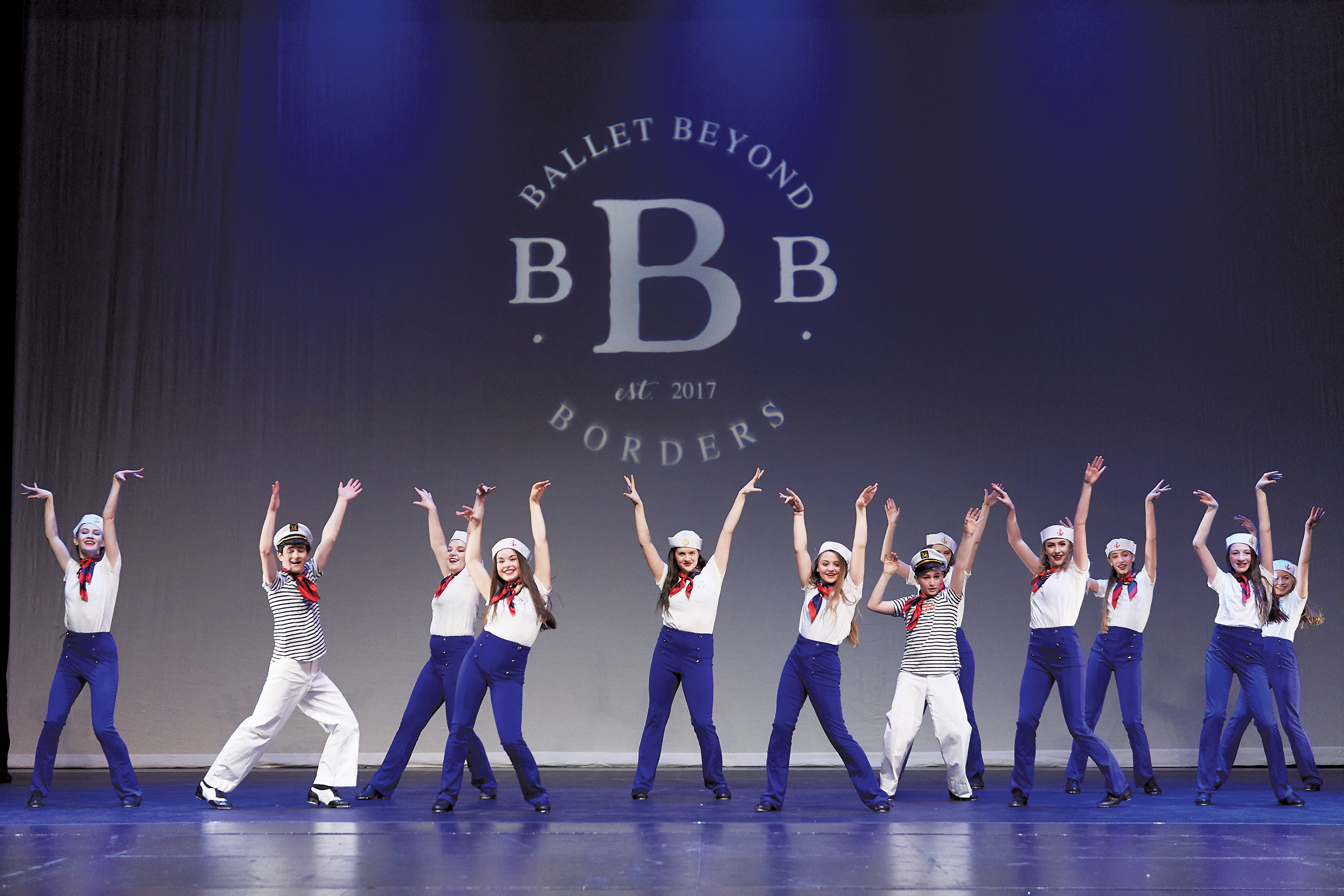 Nearly 1,200 miles northeast of Westchester lies Missoula, Montana, a river valley town burrowed deep in the Northern Rockies. While it’s often recognized for its lush forests and thriving parks and recreation, Missoula also boasts an impressive cultural hub, housing a vital literary and art scene. Arising from this landscape comes Ballet Beyond Borders (BBB), a global festival that fuses education, diplomacy and creativity amongst artists across cultural and geographic lines through diverse genres of dance. Originally launched at the Rocky Mountain Ballet Theatre headquartered there, Ballet Beyond Borders aims to help youth not only sharpen their artistic craft, but also foster a better understanding of social justice issues faced by groups of people worldwide.

With the support of the Drollinger Family Charitable Foundation and its President Karen Dial, BBB is coming to Westchester for the first time this month. Westchester and Loyola Marymount University will host a variety of BBB events over the festival’s duration from August 7 through the 10. Additional events, including the Gala Finale featuring performances from dancers from around the globe will take place at the Redondo Beach Performing Arts Center. Dial, who grew up in Westchester and now shares her time between Westchester/Playa and Missoula, is excited to bring the event to her hometown.

“I love Westchester. It is my hometown and I believe it is one of the best places to raise a family and be part of a community. That is why I wanted to bring Ballet Beyond Borders here,” said Dial. “The international melding of dancers and personalities representing love, passion and togetherness is amazing, and there’s no room for negativity or put-downs. BBB is an amazing cultural event that personifies inclusivity and acceptance in every aspect of life.”

While dancers from around the world—including Italy, Mexico, Portugal, Georgia, Romania and Brazil—take master classes and compete during the four-day event, the community is invited to the campus of LMU on Wednesday, August 7 from 5 to 7 p.m. for “Creating your Signature Pose: The Body as the Brush” with artist David Russell from Otis College of Art and Design. The live collaborative painting performance will be executed with acrylic paint on canvas with the goal of representing the beautiful forms found in dance and movement. Dancers will be expressing their preferred “still” dance move/ pose by using their bodies to make a painted impression on the canvas. The final artwork will be displayed at the BBB gala at the Redondo Beach performing Arts Center

On Thursday, August 8 from 6 to 9 p.m., the campus will also host Pakistani filmmaker and Director General of the National Council of the Arts, Jamal Shah, who will present his film, “Revenge of the Worthless.” The action drama depicts the struggle between unsung heroes during an insurgency in Pakistan. There will be a discussion following the film.

BBB’s main local event, “Cultural Crossroads–Cultural Diplomacy in a Changing World” will feature dance performances in genres ranging from classical ballet to Hip Hop, coupled with engaging panel discussions examining the role of the arts in social justice, leadership, diplomacy and more. The event takes place on Saturday, August 10 from 9 a.m. to 1 p.m. at LMU’s Burns Recreation Center. All the special events at LMU are free and open to the public.

Although seemingly a world away from the outdoorsy town of Missoula, Westchester and Missoula bear many striking similarities, said Charlene Carey, President of BBB, making it a natural choice as the event’s next home. While Missoula is one of the largest urban cities in Montana, it maintains a tight-knit community feel and is a college town, much like Westchester.

“I never explored Westchester until fairly recently, but I’ve fallen in love with the community and the fact that it has both an Americana feel and a cutting-edge tech industry,” said Carey.

The first time BBB took place in Missoula, Carey was skeptical of the audience turnout. Yet to her surprise, the Rocky Mountain Ballet Theatre was swarming with folks from all over the community—from students to cowboys to doctors. As the week-long festival hosted dancers from all over the world, Carey relished in the fact that the local Missoula community took so fondly to the artists that they were rooting for their favorites by the end of the week. This audience-artist interaction is exactly part of what makes BBB unique—that every work being presented transcends the stage into the community, making it an event not just for dancers, but for any admirer of the arts. She hopes the Westchester—and Los Angeles—community have the same experience.

“That’s the miracle of the event,” Carey said. “It’s not millions of people holding hands and singing ‘We are the World.’ What’s happening on stage is the catalyst for everyone coming together, it’s the reason they came. They’re all going to share their dance, but once they get there, it’s much more than that.”

The competition portion of the event consists of a variety of categories of dance and nearly 200 participants will be involved this year, including a choreographer from Inglewood, Joshua Thorton, and two 6-year-olds from Artistico School of Dance in Westchester who will be performing a duet.

Although the performances are judged on a technical basis, artistry is considered more heavily than technique, Carey said. Like the competitors, members of the jury consist of some of the biggest names in dance from all over the world, serving as a nuanced and knowledgeable base to judge the participants on how effectively they are communicating their cultural messages to the audience through their pieces. Since much of the artists’ works are original choreographies, innovation is highly valued.

The festival also includes an essay-writing competition for BBB participants who are invited to creatively respond to one of four prompts, which include comparing one’s dance to a superpower and creating a conversation between two different types of shoes and their opinions about dance.

Julia Duarte, a previous essay winner and one of this year’s returning participants from São Paolo, Brazil, used last year’s prompt to write about turmoil in the Brazilian government. At the time, Duarte had moved to the U.S. to continue her dancing career, but was still passionate about changing the lack of recognition for the arts in her home country.

“It’s really hard,” Duarte said. “But we are hoping things are going to get better, and we as artists are getting together to make a change.”

For Duarte, being able to compete in Los Angeles this year is a dream she’s had since childhood.

“Growing up in Brazil, the US was all over the place—TV, radio, everything. It’s such a big place, everyone talks about it. I’m really excited about being able to just breathe the air, it’s such a magical place,” she said.

For Carey, bringing BBB to Los Angeles is another important step towards blossoming the program and spreading it in different directions around the world. As an event meant to educate and unify people, Carey emphasizes fluidity and accessibility to change.