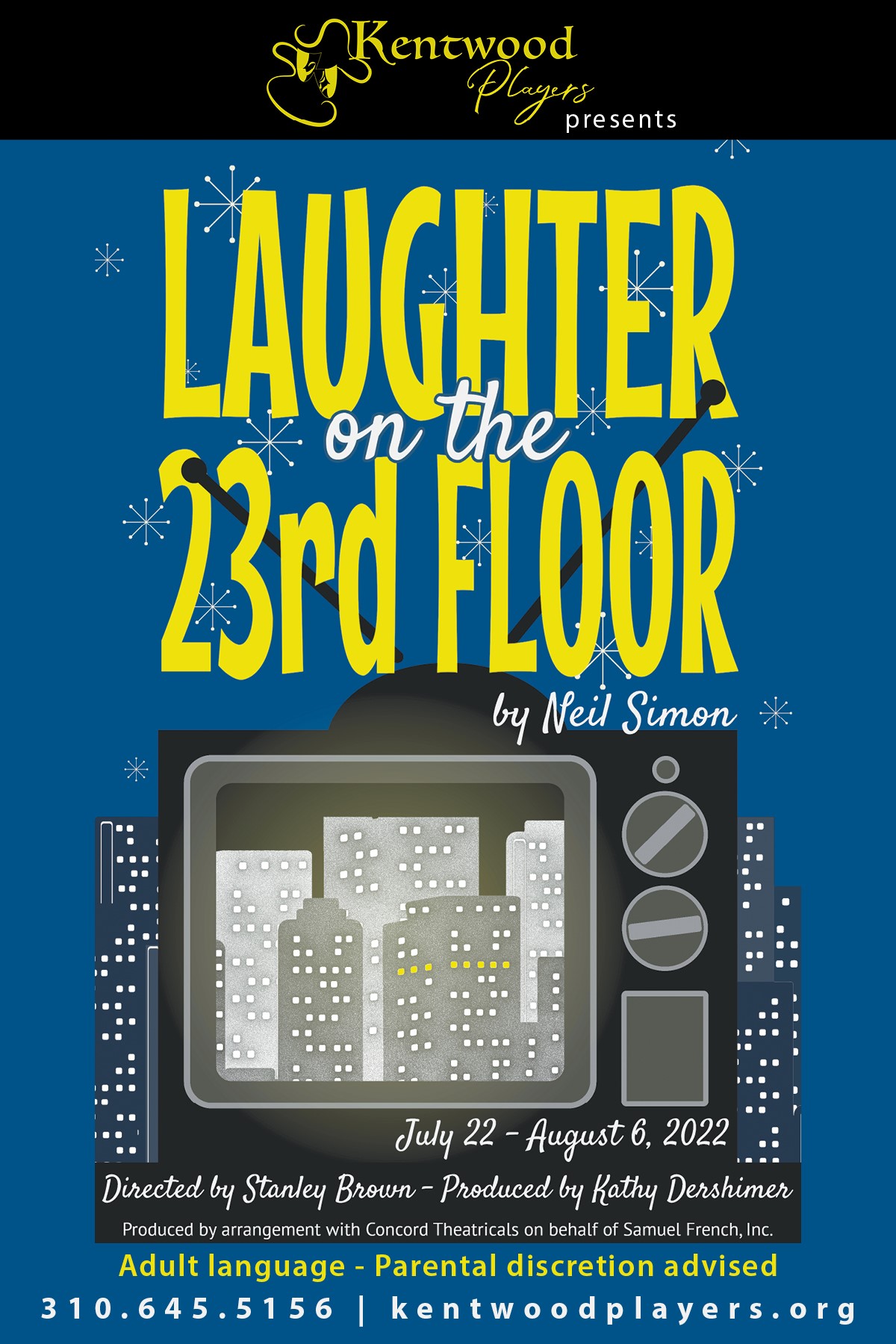 Final performance of Neil Simon’s hilarious and poignant memory play LAUGHTER ON THE 23rd FLOOR, based on his personal experience working as a young writer for the classic 1950’s comedy-variety TV series Your Show of Shows, returns to Kentwood Players in a new, energized production. Simon’s 28th play is one of his best: a blend of unforgettable characters laced with an exclusive insight into the era known as The Golden Age of Television. Join us for this perfect nostalgic getaway.