Frank shares his love for cars in the neighborhood 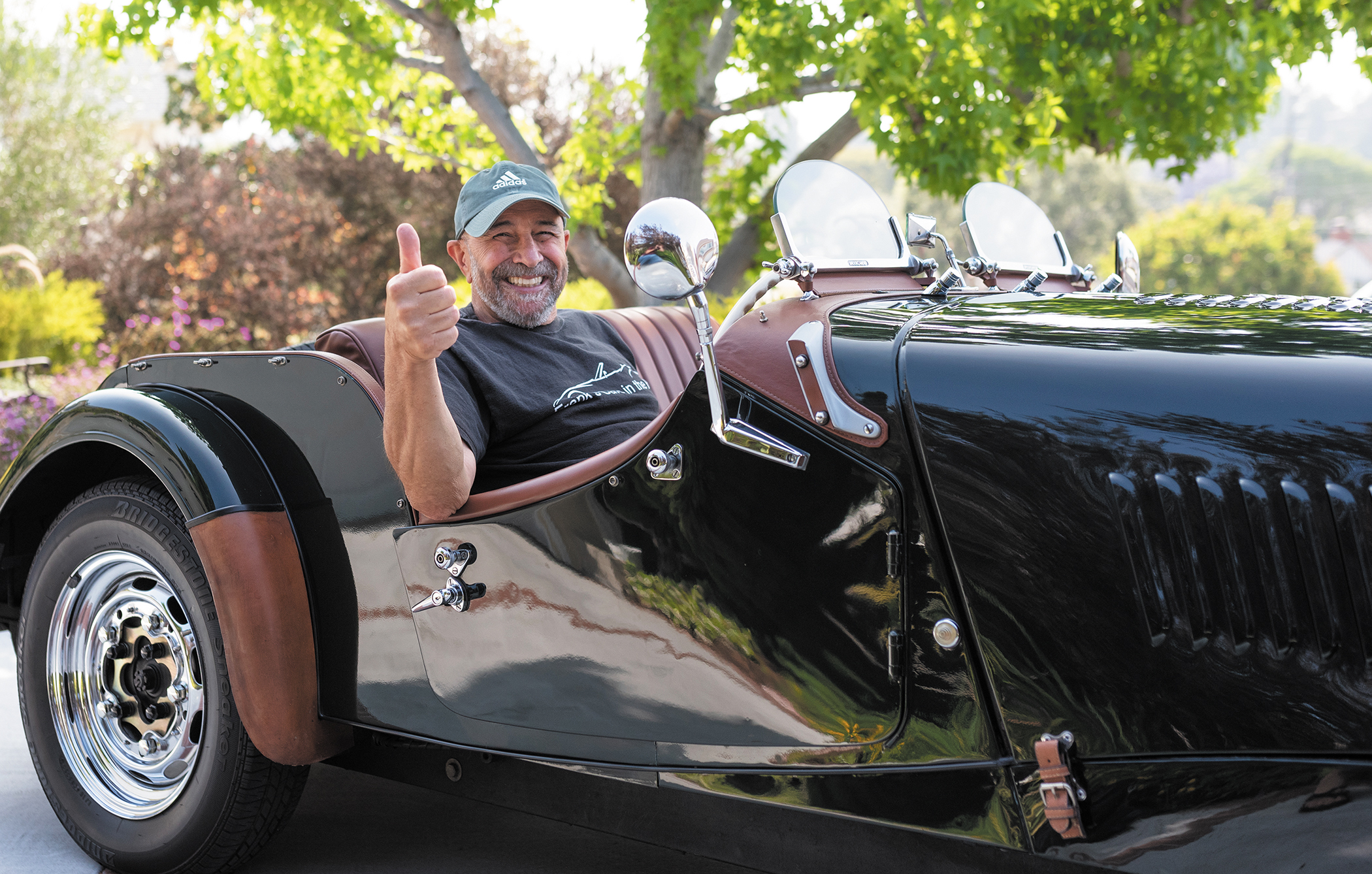 The pandemic lockdown sparked new hobbies for many of us and in the case of Frank Nesta, it turned his love of cars into a thriving blog that features the automobiles that he finds around the neighborhood. “Frank’s Cars in the Hood” was born out of his daily walks during the COVID lockdown. While he and his neighbor took their four-mile strolls around town, they noticed how many classic cars were parked on local streets. Intrigued, he began taking photos of the cars he would find and research the vehicles and their history, before emailing the information he discovered to his other car buddies. His emails were such a hit with his friends, that they nudged him to put his photos and research online so they could share the information with others. In August 2020, he launched his website.

Nesta was raised in Rochester, New York. Cars were always a hobby and a passion. He has vivid memories of sitting on his grandparents’ porch with his cousin and watching the cars go by. They would spend hours yelling out the make and model of every vehicle they could identify.

In 1979, he and his wife Nancy climbed into his 1977 Corvette and drove across the country to the Los Angeles area. They settled in Inglewood and in 1985 moved to Westchester. Nesta was an engineer by trade and worked for all of the big South Bay aerospace companies like Northrop Grumann, TRW and Hughes before he retired. He still has the Corvette.

In retirement, he found the time to learn a lot more about cars by attending shows and meetups regularly. These gatherings take place all over L.A. County, including Westchester and Marina del Rey, and they provide car buffs an opportunity to show off their classic autos, meet people with similar interests and share their knowledge with others. If someone has a part they are looking for or is having trouble fixing something, the car community is ready to offer solutions and roll up their sleeves to help, says Nesta. At a recent “Cars and Coffee” in Marina del Rey, the pride people have in their cars is evident. Drinks in hand, they stand in groups discussing the latest Chevy, VW or Ford that pulls in. Photos are taken, specifications are revealed and nostalgia abounds at this fun way to spend a Sunday morning.

“Car ownership is not really ownership,” said Nesta. “You are just a caretaker of it, and you watch over it for a while until the next person takes over.”

Today, Nesta’s blog has more than 360 profiles of cars, a mixture of what he calls “Street Spots” and automobiles he finds at shows, and thousands of readers.

He feels like he hasn’t even scratched the surface of all the cool cars that are located in the Westchester/Playa area. Since most people keep their classic cars in their garage, Saturdays and Sundays, when people are home with their doors open, are the best time to spot vehicles he hasn’t seen before.

If he’s lucky, he’ll get the chance to meet the owner and learn the story that the car has to tell.

Nesta tells the story of an 84-year-old car enthusiast he met on one of his weekend strolls. Nesta had walked by his house many times and was intrigued by his distant neighbor’s three classic cars.

One day, he finally saw the owner in front of his house, so Nesta stopped and asked him about his collection.

“I said, ‘I see you have a VW, a Porsche and a Corvette. Can you tell me about them?’ And a slow smile came across the gentleman’s face,” said Nesta. “He said, ‘Do you want to see the rest of them?’”

The two ended up talking for hours. Nesta now takes him to car shows and Cars and Coffee events whenever he can.

Nesta also tells the story of Ron, who he met on his daily walk as well. The men became fast friends and instantly bonded over their shared hobby. Nesta invited him to events with his car buddies, and Ron was excited to find a community of people who all had the same interests. Nesta and his friends called Ron, Zio, Italian for uncle, because of the fondness they all had for him.

Ron had a 1962 Morgan, a rare British sports car that everyone in their circle was enamored with. When Ron fell ill, he, unfortunately, would have to sell his collection.

Nesta shared with Ron that he’d be interested in buying it when he was ready to sell.

“A beautiful smile came across Zio’s face, and he said, ‘you are the one,’” said Nesta. “Zio knew that I would give the Morgan the home that it deserved.”

Nesta eventually bought the Morgan and named it Zio after his friend. It, along with his fully restored 1977 Corvette, are the cars that Nesta loves to bring and share about at the gatherings he attends.

Asked if he has a favorite type of car, he says he loves them all and is not partial to one or the other. What he is drawn to, however, are people who honor and respect their autos and are proud to show them off.

“It doesn’t have to be a perfect car or a beautiful car,” he says. “It just has to be your car. Pride in the car is what makes it great.”

Have a cool vehicle you’d like to share with Nesta? He’s always open to learning about new cars in the neighborhood! Visit frankscarsinthehood.com to learn more and send him a message.

Main photo: Frank poses in his 1962 Morgan. He named the car “Zio” after his friend and fellow car enthusiast. Photo by Zsuzsi Steiner.