In your hometown with… the Chouinard family 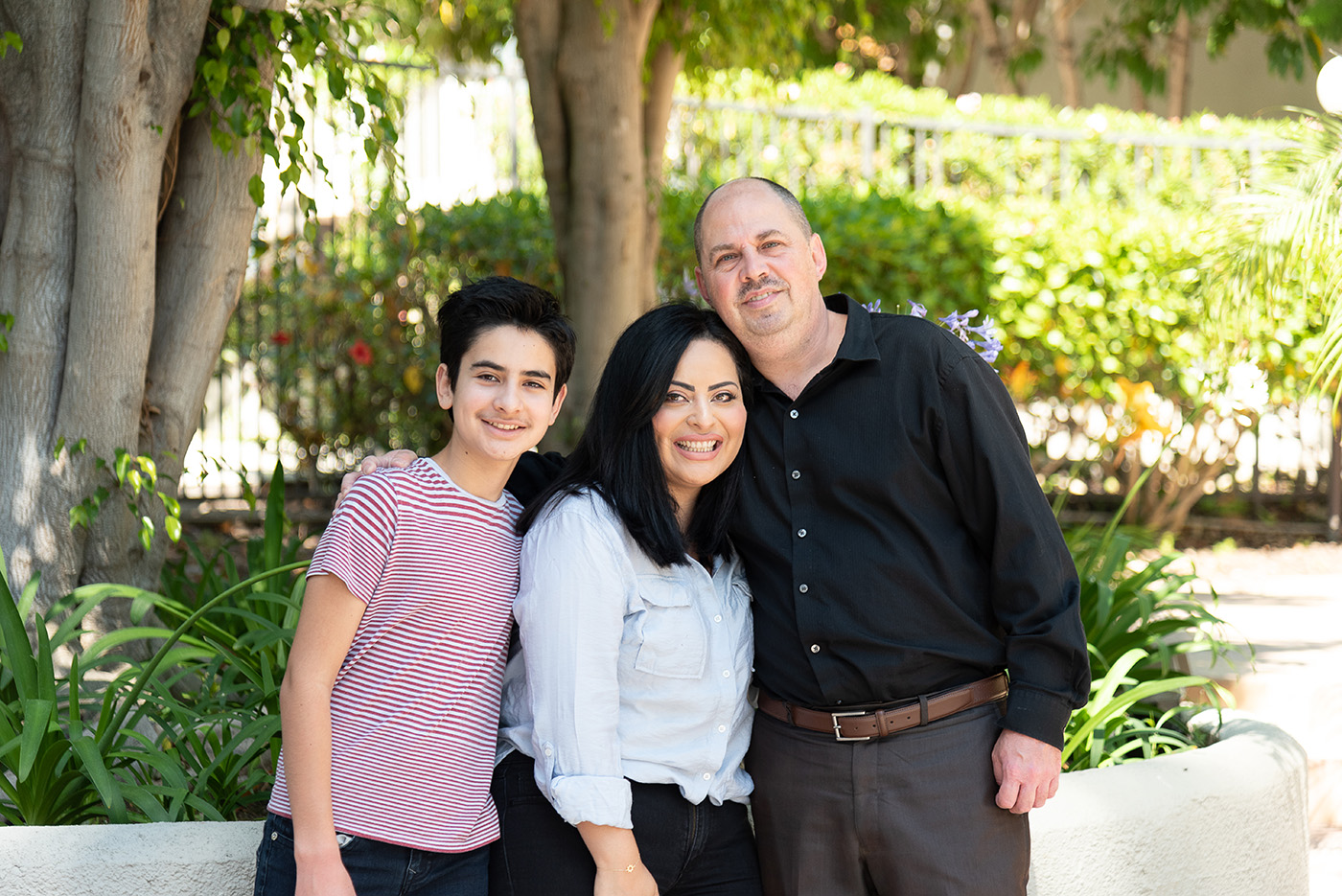 For Wendy, Daniel and Nathan Chouinard, the world is a feast for the senses. They experience it through the heavenly smells of the international cuisines being cooked by their neighbors, by listening to uplifting music in several languages, creating art and nurturing plants with their hands, savoring the flavor of their favorite foods and appreciating the beauty of the world around them.

A lot of this is because the trio is fluent in American Sign Language (ASL), despite none of them being deaf.

Wendy works at the Helen Keller National Center as a placement specialist for the area from Bakersfield to the Mexico border. Her duties include finding jobs for deaf and blind clients, as well as providing vocational assessments and job prep.

“It’s a big challenge. We try to create more awareness that you should hire disabled talent. We find ways to make it work for both employers and employees so they can have a lasting relationship,” she said.

All clients at the center are legally deaf and blind, many due to Usher Syndrome or because of exposure to rubella while their mothers’ were pregnant. This fall, the center will celebrate the employers who have opened their doors for disabled community members in honor of National Disability Employer month.

The company grew out of Wendy’s volunteer work for the Red Cross that she began in high school.

“I realized many people in the Spanish-speaking community wanted to learn first aid and CPR and there weren’t any classes in their native language, so my mom suggested I teach in Spanish,” she said.

She started teaching for free and then began working with schools to certify their staff and medical office workers. Later, she started offering first aid classes in ASL, making Wendy a tri-lingual certified interpreter.

High school is also where Wendy fell in love with ASL.

“I was on a school trip to a vocational center in downtown and when I got on the elevator, two young men were talking with their hands. I thought it was so amazing and had never seen anything like that. My friend said she thought it was sign language and got me a book to learn,” she said.

Wendy studied on her own and a few months later went back to that same vocational center to see if she could find those young men–and she did.

“By that time, I knew how to sign ‘Hi, my name is Wendy,’ so that’s what I told them. From that moment on I was determined to learn more,” she said.

Wendy was able to get special permission from her teachers to leave school early to attend ASL classes at El Camino College in Torrance.

“I started making deaf friends and getting involved in the religious aspect of it,” she said.

Wendy and Daniel are Jehovah’s Witnesses and volunteer with the church’s deaf ministry. In an effort to be more inclusive, the church recently translated the Bible into ASL. Since it was completed, the digital Bible has been downloaded more than 50,000 times, even though only 2,300 church members are deaf.

“I was a lot older before I realized that interpreting in ASL could earn me a living, and pay really well,” she said. “It takes a willingness to learn, but once you do, you open up the door to the deaf community and to the deaf-blind community and it’s been one of the best gifts life has ever given me.”

The Chouinards like to encourage everyone they meet to learn ASL, which is the third most used language in the U.S. Because Wendy and Daniel are so passionate about it, they were determined that their son Nathan would be as well. He attended Marlton Elementary, a deaf school in Baldwin Hills where they have an immersion program in ASL for hearing children.

In the fall, Nathan, 14, will be attending Westchester High School’s Gifted and High Ability STEAM Magnet.

“We love Westchester so much, and we wanted Nathan to keep going to school locally because we have no intention of moving from here. That’s how much we love the area,” Wendy said.

Nathan recently graduated from Katherine Johnson STEM Academy as his class’s valedictorian. He plays guitar, swims, plays basketball and enjoys video games on his VR headset. During the quarantine, he also taught himself to play the ukulele. Wendy has been working on her green thumb and creating an oasis in their backyard to help with the stresses of the pandemic. The whole family also enjoys playing with guinea pigs, Cookie and Coffee.

Like his parents, Nathan is a polyglot, and he is fluent in four languages: English, Spanish, French and ASL. Wendy speaks the same four languages, plus Arabic. Daniel, a French-Canadian who grew up in a small town in the mountains outside Quebec, also speaks Russian.

“I was enamored of his ability to speak so many languages that I had to keep up!” Wendy said.

The couple have been married for 15 years and met while he was in Southern California attending a conference. He was staying with a friend of Wendy’s, who invited them both to dinner.

They exchanged emails and the next month Wendy and her mother coincidentally had a trip to Niagara Falls planned, so Daniel suggested they visit him. For the next year-and-a-half, they carried on a long-distance relationship.

“Being the traditional parents that my parents are, they didn’t allow me to go by myself even though I was 21, so my mom went with me every time,” Wendy laughed.

After they married, Daniel moved to L.A., which was a bit of a culture shock for him.

“He left his job, his family, everything he knew and moved here. He wasn’t used to lines and L.A. traffic, but he loves it here, especially where we live in Westchester,” Wendy said.

Wendy’s parents are also immigrants to the U.S. They moved during the civil war in El Salvador in the 80s.

“My grandmother’s house was bombed and the guerrillas took it over. That was the moment my family knew they had to leave. You want to stay in your native country, but your life is no longer safe,” she said. “But out of the tragedy came a good thing. When you see your parents suffer, you get this empathy and are more sensitive to other people’s suffering as well. This taught me to pay more attention to immigrants, especially refugees and those with disabilities.”

That compassion is something that they want to pass on to their son.

“I want Nathan to always have the philosophy that everyone is different, but we’re all in this together. There’s no one culture better than another. Each is beautiful. If we have biases, it could be because we don’t understand something. When you get to know people and their cultures, then you understand the reasons why they do things differently. You’re never going to love everything about all cultures, but when you appreciate it, then you can honor it,” Wendy said. “And that’s what I love about Westchester. It is very diverse and very accepting. Nobody is giving you ‘that look’ like you don’t belong, and we don’t have nosy neighbors. They care for you, but they’re not overly in your business. Where my parents grew up, everyone knew what was going on with their family, but in a negative way. Here, everybody respects your family and gives you your space.”