In your hometown with…the Holt family 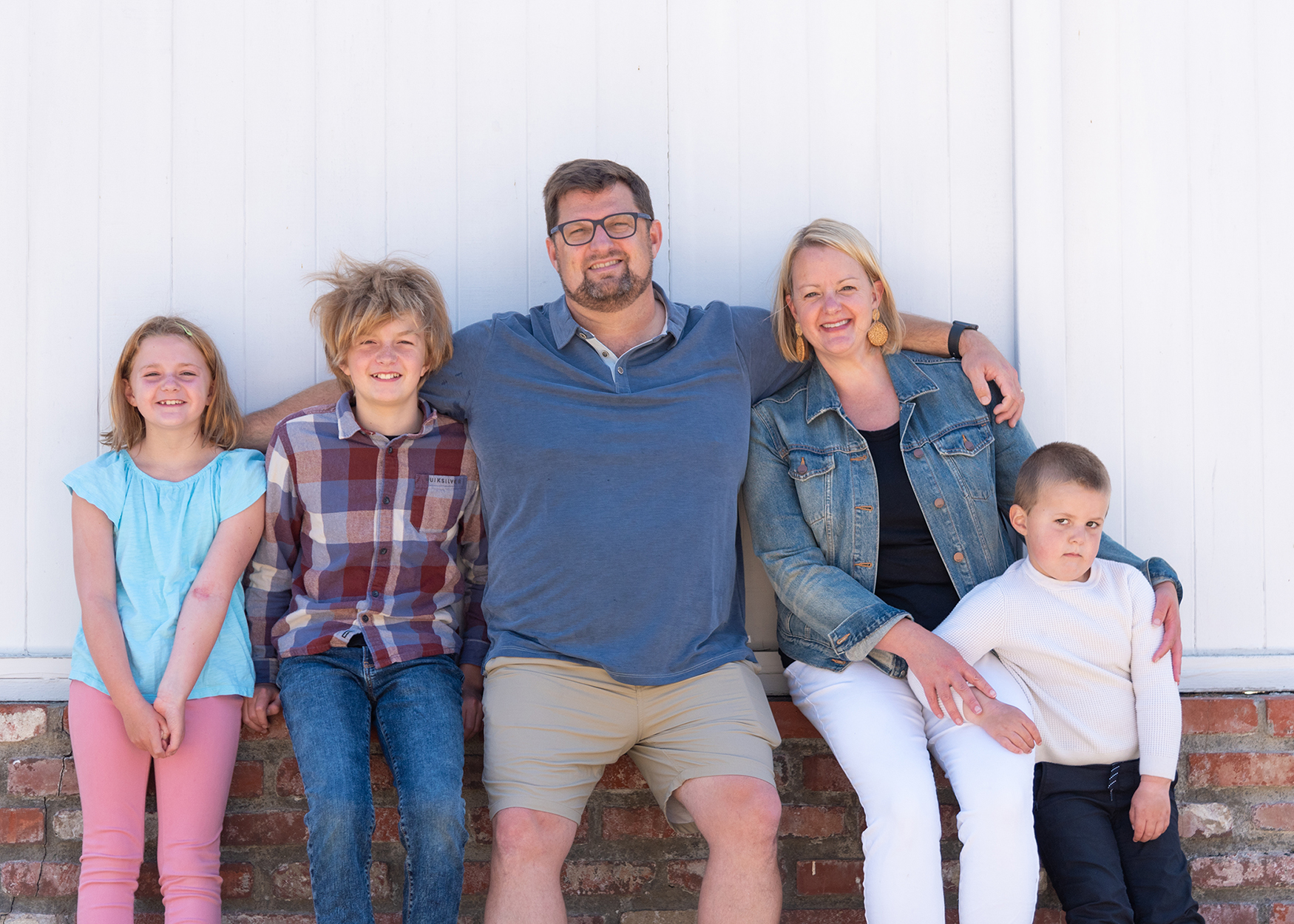 Adaptable, adventurous and not afraid to get out of their comfort zone, the Holts are on the same page when it comes to spontaneity. This has led to great vacations, unusual experiences and serendipitous job opportunities. Martha, Zach and their three children relocated here from the Pacific Northwest three years ago and have fit in seamlessly.

“It was painful for us to leave our neighborhood in Seattle for many reasons, but one of them was missing the families that we had connected with up there that made up our community. I had resolved that I wouldn’t find that again when we moved to L.A. and had made peace with it,” Martha said. “However, we hadn’t been in Westchester six months when I found myself with a new group of moms to call friends and put on the emergency contact list.”

The Holts loved their new community so much, Martha decided to run for Neighborhood Council earlier this year.

“While the outcome wasn’t what I’d hoped, I was overwhelmed by the number of people who were not only excited to vote for me, but willing to canvass the neighborhood and spread the word about me and my candidacy,” she said. “The decision to run was an easy one. Westchester is an outstanding community, and I was thrilled with the idea that I could represent my slice of it. It was a wonderful and humbling experience to be surrounded by that kind of support when I still felt like a newbie in the neighborhood!”

The family found themselves needing to relocate to Southern California because Zach got a job as a software developer in Playa Vista. They discovered when house hunting that while they loved Playa Vista, many of the homes in their price range didn’t have yards, so they decided to look at Westchester.

“We drove up and said, this is a little gem! You’d never know this place was tucked between Playa Vista and LAX. This is awesome,” said Martha.

What sealed the deal was seeing so many families with children walking their dogs and looking content.

“It’s a real gift to be in the second largest city in the country and find this small town-ish community. We love it!” she added.

While Zach’s job in Playa Vista didn’t last long after the pandemic hit, he was able to find the perfect position for him as a software developer with Biteable. The company works entirely remotely, which was a godsend during the mandatory Safer-at-Home quarantine. Biteable gives you all the tools you need to make short studio quality videos without experience.

“I used the platform to make an ad for myself when I ran for Neighborhood Council, and it was so easy,” Martha noted.

Martha is a stay-at-home mom for now, but anticipates re-entering the workforce after her youngest enters school full-time.

Her adventurous streak manifested when she was applying for colleges and spotted a pamphlet for Westmont College, a small private school in Santa Barbara. She was living in Seattle at the time.

“I was in my guidance counselor’s office and knew I was going to apply to three in-state schools. Then I saw a brochure for this college that was by the beach. It had volleyball nets. Now, I didn’t play volleyball, but I thought ‘How cool is that?’ Then I realized that the older brother of one of my friends went there and loved it. I knew we couldn’t afford it, but on the spot I decided to apply,” Martha said.

She and her dad visited the college after she was accepted and both fell in love with the school and Santa Barbara. After meeting with college administrators, they made it work.

“What if I hadn’t gone there? My life would have been fine, but how lovely it’s been because of it,” she said.

Martha majored in Spanish and spent a semester abroad in Chile, the only one in her class.

“As a 20-year-old, I could feel myself spreading my wings. Being alone, south of the equator, before cell phones and internet, I was figuring out who I was as a person, what I believed in and what I could do,” she remembered. “If I could do this, then I could do anything.”

After college, Martha looked for jobs that kept her in Santa Barbara, eventually working her way into a bilingual career helping companies and employees with their benefits and retirement plans. Her job was to communicate with Spanish-speaking employees. She quit to stay home and raise their children, Augie, Nora and Abe.

Augie and Nora both play water polo for South Bay United and will be going to the Junior Olympics this summer, which thrills their parents because Zach played water polo in high school and college.

“Nora asked to play when she was only six. I wouldn’t call her ‘fearless,’ but nothing stops her. She will try just about anything,” Martha said. “Water polo got us through the pandemic because they were still able to do swim practices that were no-contact. That got the kids out of the house and seeing other kids and adults. That was a big part of why we wanted them to keep doing it. It was a great opportunity for them to not only be around other kids, but also authority figures.”

“We are big road trippers. We love it! We took two big ones last year and they were both pretty spontaneous. We do spontaneous really well,” Martha said. “In September the air was smoky with all the fires, school was remote and it was very hot. It was like a trifecta of things that were making it pretty unbearable to be in the house, because we have no air conditioning. Within three hours, we packed our bags and all the school stuff and started driving to Utah. We picked up my sister-in-law on the way. We wound up staying in St. George, Utah for two weeks. It ended up being one of the best vacations we’ve ever had.”

They also took a 10-day road trip to Seattle, but they gave themselves a few days to plan that one.

“In my perfect world, we’d have a motor home, but that’s not going to happen for a while,” Martha said. “Now the kids know they can do 10-12 hours in the car with the help of screen time and snacks.”

The Holts also love how Westchester is the perfect place for their kids to spread their own wings as they get older.

“Augie and his friends will hop on their scooters or bikes and just cruise around the neighborhood,” Martha said. “We don’t let them cross any major streets, but we feel safe for him to experience a little bit of independence as he gets older. They could be gone for hours and we know he’s okay.”