In your hometown with…the Mininsky Family 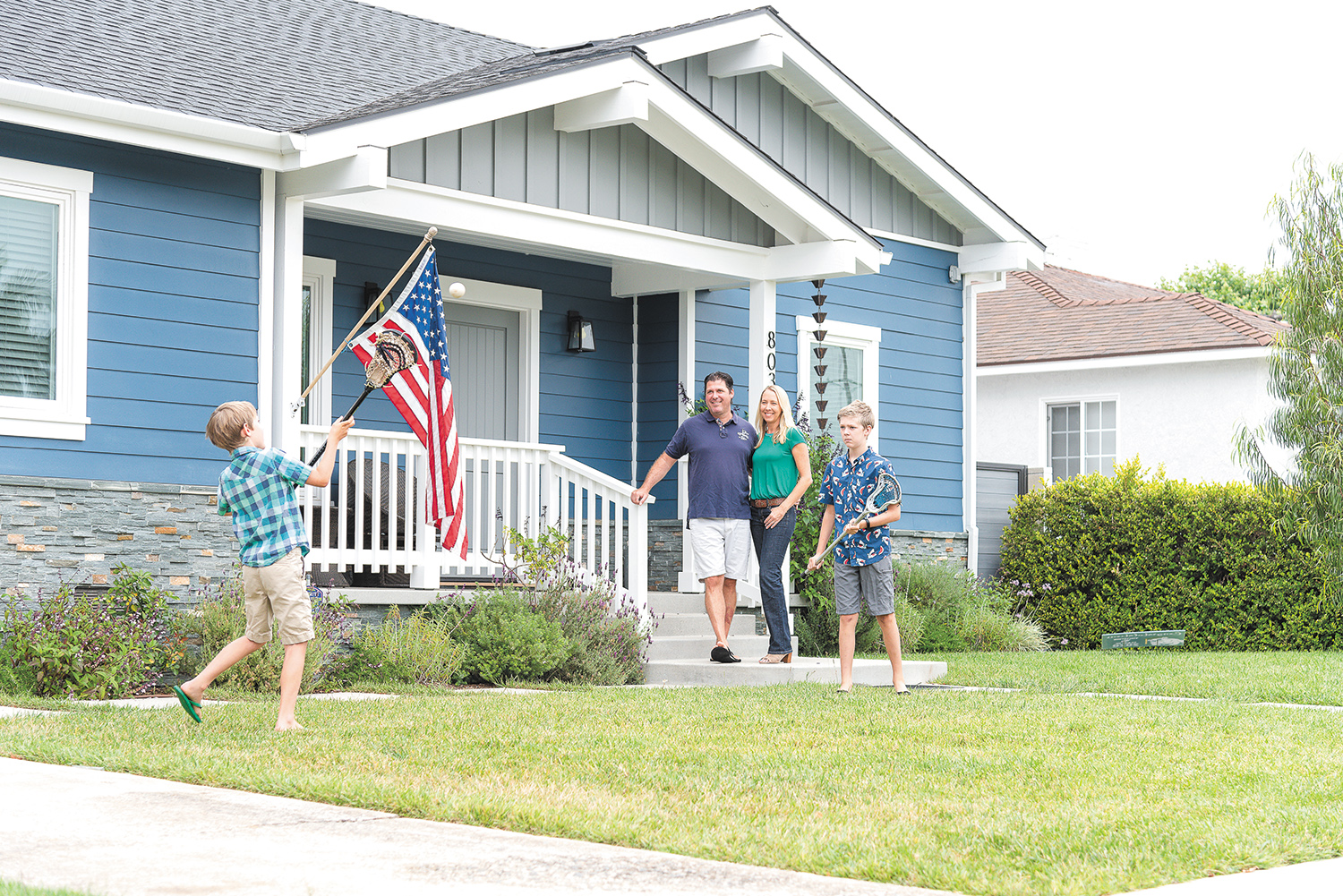 Traditions are very important to the Mininskys, and the family has a way of making them refreshing and infectious; before you know it, everyone is joining in on the fun! Allison and Mike, who got married in 2005, have two boys, Sean, 11, and Colin, 7, and live in the Loyola Village part of Westchester. Allison works as a children and family therapist at Providence Saint John’s Child & Family Development Center in Santa Monica. She also supervises graduate students who are getting their masters in social work. Mike is the General Manager for El Cholo restaurant in Santa Monica.

While Mike was growing up in a small town in Long Island, his father owned two eateries in New York, so he became quite comfortable around restaurants and decided to continue in the family tradition.

“I grew up in a very sociable, welcoming family, always hosting parties, so it was a natural move for me to be in charge of an operation like El Cholo and get paid for it,” he said.

He ended up on the West Coast when he heard a friend from college was moving to L.A.

“My cousin had an empty apartment in Santa Monica, so we drove out. It was like a home for boys. People would move out here from the East Coast and live on the couch while they figured out what they were going to do,” Mike said. “Over the course of 10 years, probably about 15 people lived there at different times. The infamous apartment!”

Since both Mike and Allison grew up in small towns (Allison grew up in Pacific Palisades) with close to idyllic childhoods, they wanted to recreate that when it came to their own family. Both are very active at their children’s school—Visitation—where Allison is a room parent and involved with the Gateway to Art program and Mike serves as the PTO President co-chair.

“We love Westchester. It’s definitely home. Coming from the towns we grew up in, this seemed like such a logical next step for our family and how we want our kids to grow up,” Mike said. “My friends from the East Coast would ask, where do you live? Westchester or Los Angeles? They don’t really understand what it’s like here because New York is very segmented. I try to explain it to people. L.A. is a massive, spread out place and it all blends together. The different communities all have a different vibe to them and Westchester is like a small town. We tell them, you have to come and see for yourself.”

Sports are an important pastime on both sides of the family and play a big part in the Mininskys’ lives.

“My dad was always coaching my softball teams and my brother’s baseball teams growing up and being involved in that way is so important when raising children. I look back fondly at those memories and I’m so glad Mike is doing that for our kids,” Allison said.

Mike added, “I think the experience we both had growing up, playing different sports and living by the beach was so great that we wanted the same thing for our boys.”

Mike has cherished memories of playing lacrosse, a sport that, while prevalent on the East Coast, was not easy to find in Southern California when he moved here. Over the years, the sport has grown in popularity, and now both Sean and Colin play for Westchester Lacrosse. It’s no surprise that Mike is coaching both of them.

“Coming from Long Island where it’s a huge sport, I had a lot of fun playing and thought my kids would really like it. In the past five years, the program has grown tremendously. We have friends who knew absolutely nothing about it who are now huge fans because their kids play for me and they love it,” Mike said. “They say it’s the fastest sport on two feet!”

Another important custom for the whole family is golf.

“We have a family golf tournament that’s going on 67 years, started by my grandparents in the 1950s. It happens every summer in San Diego and my dad and my cousin are organizing it now. It’s a big event where kids are encouraged to play. We have participants from age 9 to  their 80s,” said Allison. “So my dad was really excited when our boys wanted to learn to golf. He comes down to take them out golfing and to the driving range in Westchester. The boys even have their own sets of clubs.”

Mike is also co-chair for the O’Grady Golf Classic, a popular fundraiser for their church and school, which was canceled in March due to the Coronavirus pandemic.

“We have a lot of fun playing every year. We try to get the whole community involved, not just people from the school,” he said. “As we went through the cancellation process, a lot of people told us not to worry about it. They said, ‘Just keep the money. We’ll see you next year.’ They were so generous.”

Even though the kids haven’t been able to participate in team sports during the quarantine, the family still gets plenty of exercise with lots of bike rides, playing Frisbee or catching a football on the bluffs in between their lessons.

“We’re both balancing working and all the online schooling with the kids,” Allison said.

With their number one hobby on pause for the time being, the kids are enjoying learning how to cook by helping Allison.

“They love to contribute and I finally feel like we have time for that,” she said.

During these months at home, Sean has also shown interest in following in his grandfather’s footsteps and has started his own newspaper, complete with cartoons.

“He does all the work and then delivers it to his friends in the neighborhood. Both of my parents’ lives revolve around newspapers,” Allison said. “My father was the managing editor of the Palisadian Post for 20 years.”

For the Mininskys, school, sports, local news and trips around the neighborhood to their favorite spots all help add to the ever-expanding web of camaraderie and community feel in Westchester.

“We didn’t fully realize what Westchester was until we moved here,” said Mike. “We had no idea you could get that small town feeling here. And everything we get involved in—Visitation, community sports—adds to our network of friends and families. We’ve met people who have lived here for 30 to 50 years and they’ve been so welcoming to us. You have this natural bond with everyone in the neighborhood.”