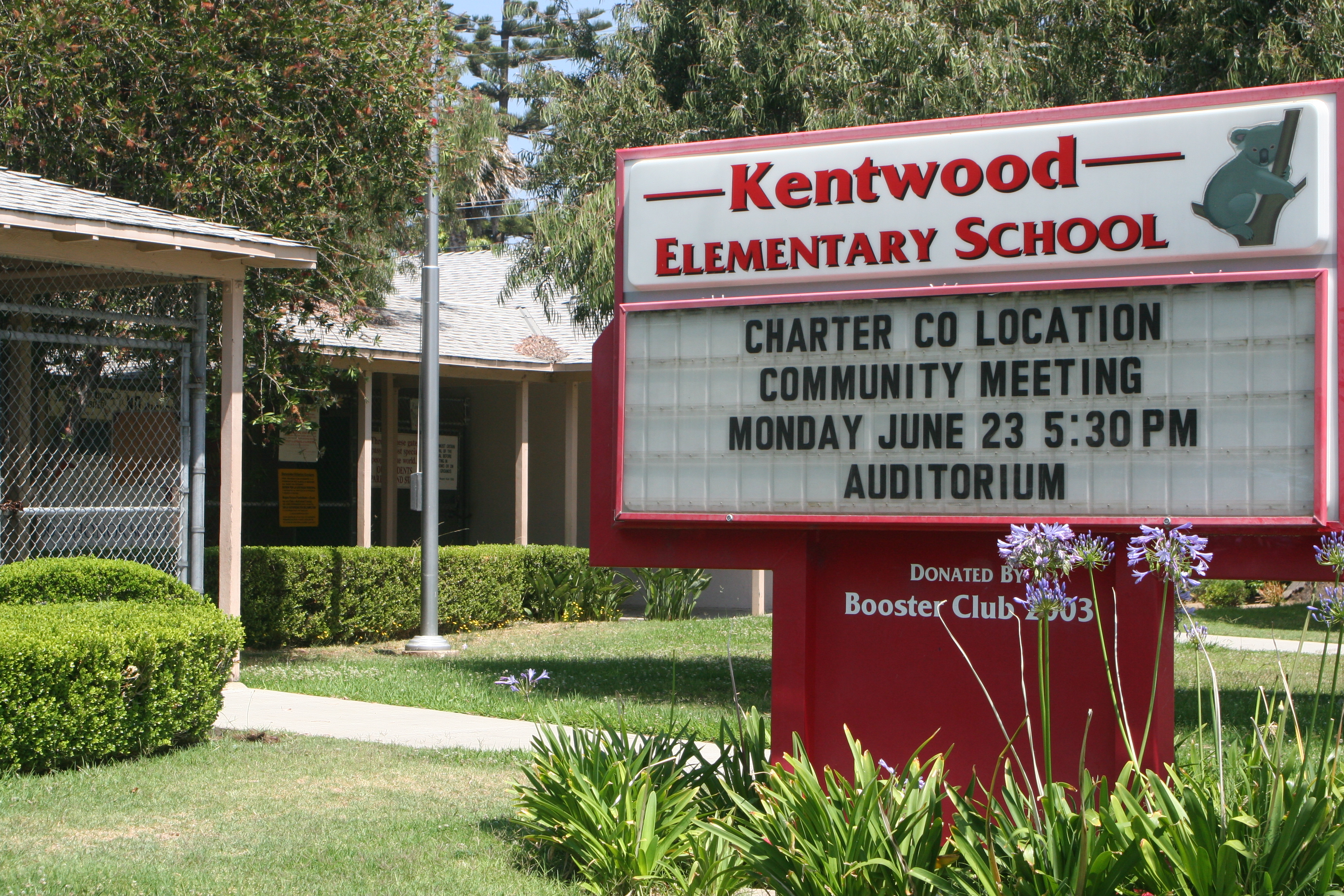 More than 100 parents and community members filled the Kentwood Elementary School auditorium on Monday, June 23 for an emergency meeting to discuss the Los Angeles Unified School District’s (LAUSD) recent decision to co-locate Citizens of the World Charter School on the school’s campus.

LAUSD’s Lorena Padilla was on hand to discuss how the co-location would work and to inform the community about the district’s decision. While community input is generally sought before a co-location occurs, Padilla explained that the superintendent of LAUSD made the decision to offer space to the charter on both the campuses of Kentwood and Loyola Village after CWC missed a paperwork filing deadline. Missing the deadline made the charter’s previous location at the campus of Stoner Elementary School no longer an option for the 2014-2015 school year.

Although parents in attendance demanded answers, Padilla explained that due to Prop 39, which was passed by voters in 2000, school districts must provide facilities to accommodate charters. Padilla could not elaborate on how LAUSD Superintendent John Deasy made his decision to offer the charter space at the two Westchester elementary schools, a move that dumbfounded those in attendance.

“I am a parent here at Kentwood and for the last two years LAUSD has interrupted my family with this business of co-location. I am disheartened, because yes, there are empty classes throughout the city. There are empty school buses,” said one parent at the meeting. “There are a lot of problems, but when you find a school that you love and that is working for your child and then you come in with this information, or this misinformation, or no information, it just creates turmoil where there doesn’t need to be any turmoil.”

Parents were upset that the district waited until June 9 and after school was let out to inform the school’s principal, Jean Pennicooke, that CWC had been offered space on the campus, leaving her and her team scrambling to get the information out to parents and to make decisions on how the campus would be reconfigured to make room for the 40-50 CWC second graders that will be located on the campus. The rest of the school’s 200 plus children in kindergarten, first grade and third grade are expected to attend school on the campus of Loyola Village.

At the meeting, Pennicooke stated that three classrooms would be dedicated to CWC. In order to accommodate the charter, she announced she would be moving one of her teachers to another classroom and that the S.T.A.R. afterschool program would be moved to the science lab, which would be shared with Antioch Counseling, Bookworm LMU and still used for fifth grade science. Six instructors, including the school’s speech therapist, physical therapist and resource teacher, will also have to share a classroom in the fall. Perhaps most distressing for parents in attendance was the decision to terminate the agreement with the afterschool College Bound 4 Kids program due to lack of space.

“This is an amazing place and you are disrupting that in a very major way,” said Karen Follette a Kentwood parent and Executive Director of the YMCA, which provides programs like yoga at the school. “We don’t want that to happen. This is what you should be looking at as an example of excellence and, instead, we are getting disciplined.”

Citing concerns over the amount of traffic created on Emerson Ave. with so many schools located in such a short distance, Pennicooke stated that CWC will have different start and end times than Kentwood and will have the exclusive use of the Dunbarton back gate that Kentwood parents have used in the past.

According to CWC principal Alison Kerr, although parents have mixed-feelings about the charter being moved from Stoner Elementary to Westchester and being broken up onto two campuses, they are largely unhappy with the district’s decision. Kerr acknowledges that the executive director of CWC, who has since resigned, missed a deadline to submit a piece of paperwork, but noted that the charter’s other campuses in Silverlake and Hollywood turned in their paperwork on the same day, but got to stay on their campuses.

Kerr says that having her students split between two campuses will cause problems in creating a unified school culture. It will also create a logistic problem for parents who have children on both campuses.

“It’s going to have a big impact. One of our fundamentals is community and that definitely pertains to the student community,” said Kerr. “The kids are going to feel the loss of not being together. We will definitely have to work a lot harder given that our school community is split.”

While Kerr feels that Loyola Village has enough space for CWC students, she feels Kentwood does not but is eager to move forward and make the best of the situation. She says she is working with the two schools’ principals to ensure that the impact is as minimal as possible. Although the school has looked at leasing costly private space for the fall semester, this late in the game Kerr states that it is “unlikely that private space will be found.”

For some parents, the real issue is much bigger than a missed paperwork deadline. Some have accused the school district of making their children political pawns in a game of pitting parents of traditional school students against charter parents in the hopes of weakening support for charter schools.

“It seems to me that they are purposely creating a difficult situation for CWC coming onto the campuses by giving us classes that were formerly utilized when we could have stayed at Stoner,” said CWC parent and Westchester resident Stacie Ottoson. “We did not ask to be placed at either of these schools. We do not want to take any services away from their children. We are doing everything possible to keep the status quo at their campuses.”

LAUSD Board member Steve Zimmer, who oversees the Westchester/Playa area, did not return calls seeking comment.

In the meantime, Kentwood parents have organized a petition asking the school district to “stop the co-location of CWC at Kentwood” and identify other campuses that have the space to house the school. The petition also asks the district to look into providing CWC space at the Kentwood Early Education Center located on the school’s campus, which, although renovated in recent years, has sat empty according to Kentwood PTO President Doug Lee.

While parents who have signed the petition are hoping that they can persuade the district to reevaluate its decision, Lee is confident that if CWC does end up co-locating on the Kentwood campus, the two schools will work together to create a harmonious learning environment for students.

“This disruption is not on the charter system. It’s not about Prop 39. It’s really about ‘Is this the best choice out there?’ ‘Is this the only option that you have?’” said Lee. “If you can come back and say with a straight face that it is, that Kentwood is the only place that this school can go to do what it needs to do, then we’ll have to receive them and we will because that’s the strength of our neighborhood and our community. We will do it and we’ll do it to the best of our ability. I’m pretty confident we will make it work because that’s how we roll around here.”

Foreseeing that the issue of schools co-locating is here to stay, the LMU Family of Schools will be holding a workshop later this month to help principals navigate the issue.

“Proposition 39 ensures that school co-locations will be a part of the conversation surrounding public education for years to come,” said LMU’s Family of School’s Darin Earley. “With 6 schools in the LMU Family of Schools sharing campus space, we recognize the importance of supporting our schools and principals as they work to foster healthy collegial relationships between the co-located schools that promote student success and academic achievement.”