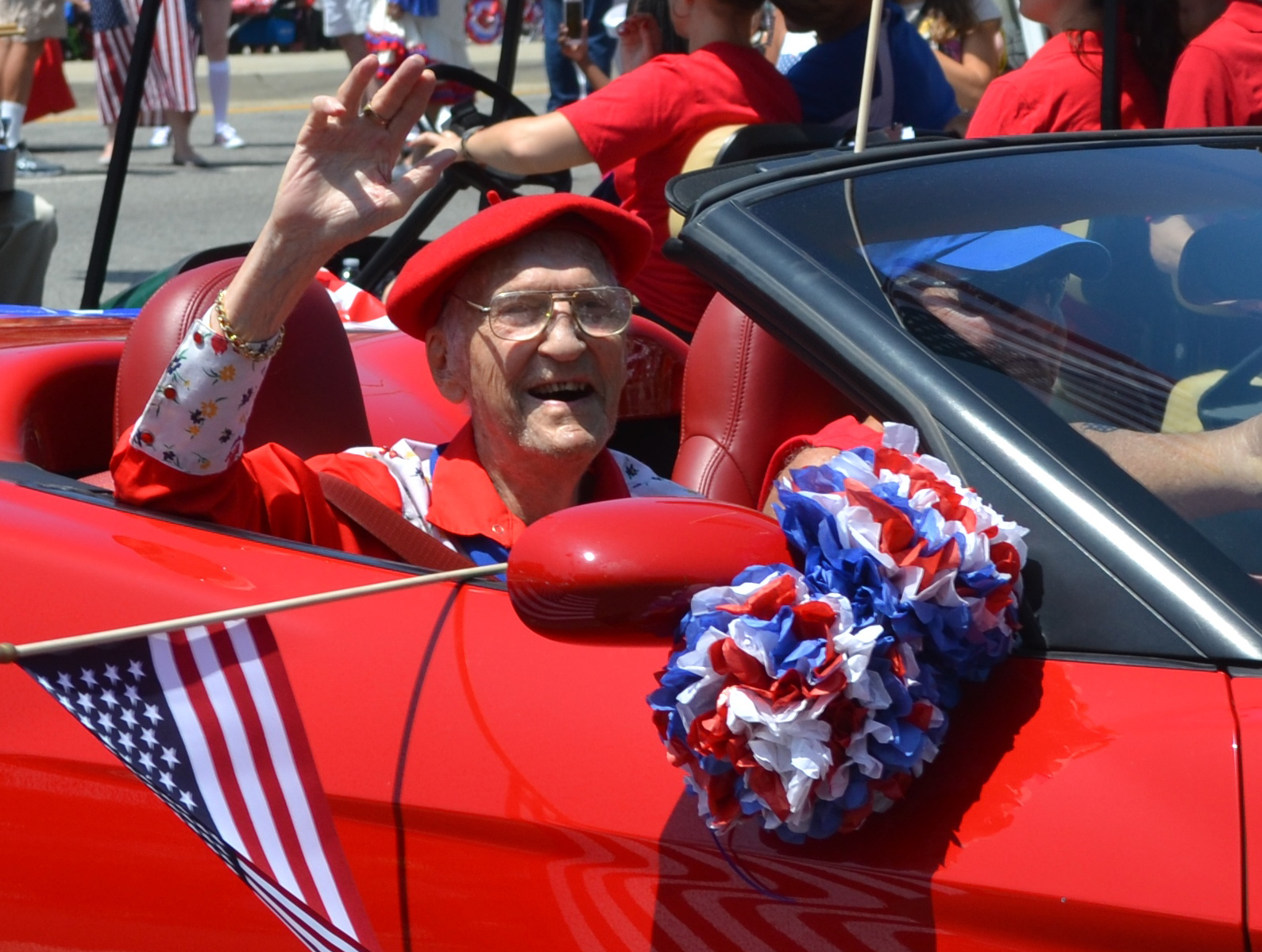 Even at one hundred years  old, Playa del Rey resident Fred  Wild appears to be a man on a mission, trying to cram even more adventures into an already packed life. He celebrated his 100th birthday November 29th with a party for family and friends at the Proud Bird Restaurant where he could look out onto LAX airport, which he helped design decades before.

Born in 1914 in Salt Lake City, Utah, Wild was living on his own by the age of 16. His mom sent a stipend of $15 a month to cover the rent on a room where he did his “cooking” on the bottom of an overturned  iron. During a break from his classes at college, he toured the western states on a motorcycle he’d rescued from a trash dump and restored. He graduated from the University of Utah with an engineering degree at 17 and soon after met the “love of his life,” Mariellen. She was 22, so he lied to her about his age and they married. It was a union that lasted 76 years.

Wild worked in Nevada surveying and designing roads until he was drafted in 1941. After the war he spent three decades working for the Civil Aviation Administration and the FAA in Seattle and Los Angeles. In 1963, he was selected by the State Department to head a mission to Turkey to set up their aviation system. During their four years abroad, the couple toured Eastern Europe and the Middle East extensively. When he returned to Los Angeles in 1968, Wild was named Chief of Airports for Nevada, Arizona and Southern California. He retired from the FAA in 1972 and opened his own consulting business. He designed airports and heliports and was often called to testify on aviation matters in legal cases.

When he retired, the couple continued to indulge their wanderlust and visited over 130 countries. Wild has been a proud and honored member of the Rotary Club of Westchester and active in the Church of Jesus Christ of Latter- day Saints.

“Dad lives very much in the ‘now,’” says his daughter Diane.

When asked about his favorite invention of the last one hundred years, he points to his iPad in its well-worn case. It goes everywhere with him. His favorite decade? “This one!” he says. Perhaps the reason is that he is enjoying the notoriety and attention that comes with being a centenarian. This year, he’s been recognized by the Parks and Recreation Department, been an honoree on a float in the local Fourth of July parade and had the opportunity of a lifetime to act in a Dodge commercial celebrating the company’s one hundred year anniversary.

Wild’s recipe for a good, long  life? “Socialize, exercise, and have fun!” and he continues to follow  his own advice. He says he’s never turned down an invitation. He’s at the Westchester Senior Center most weekdays for lunch and a game of pool. He attends church weekly and joined the Westchester Playa Village for their social events. He tries to get out every day, so perhaps you’ll see him around town. He’s the one with the signature red beret set at a jaunty angle, a twinkle in his eye and his iPad at the ready. Feel free to wish him a happy 100 years if you see him around town!

By Martha Horn and Diane Gonsalves