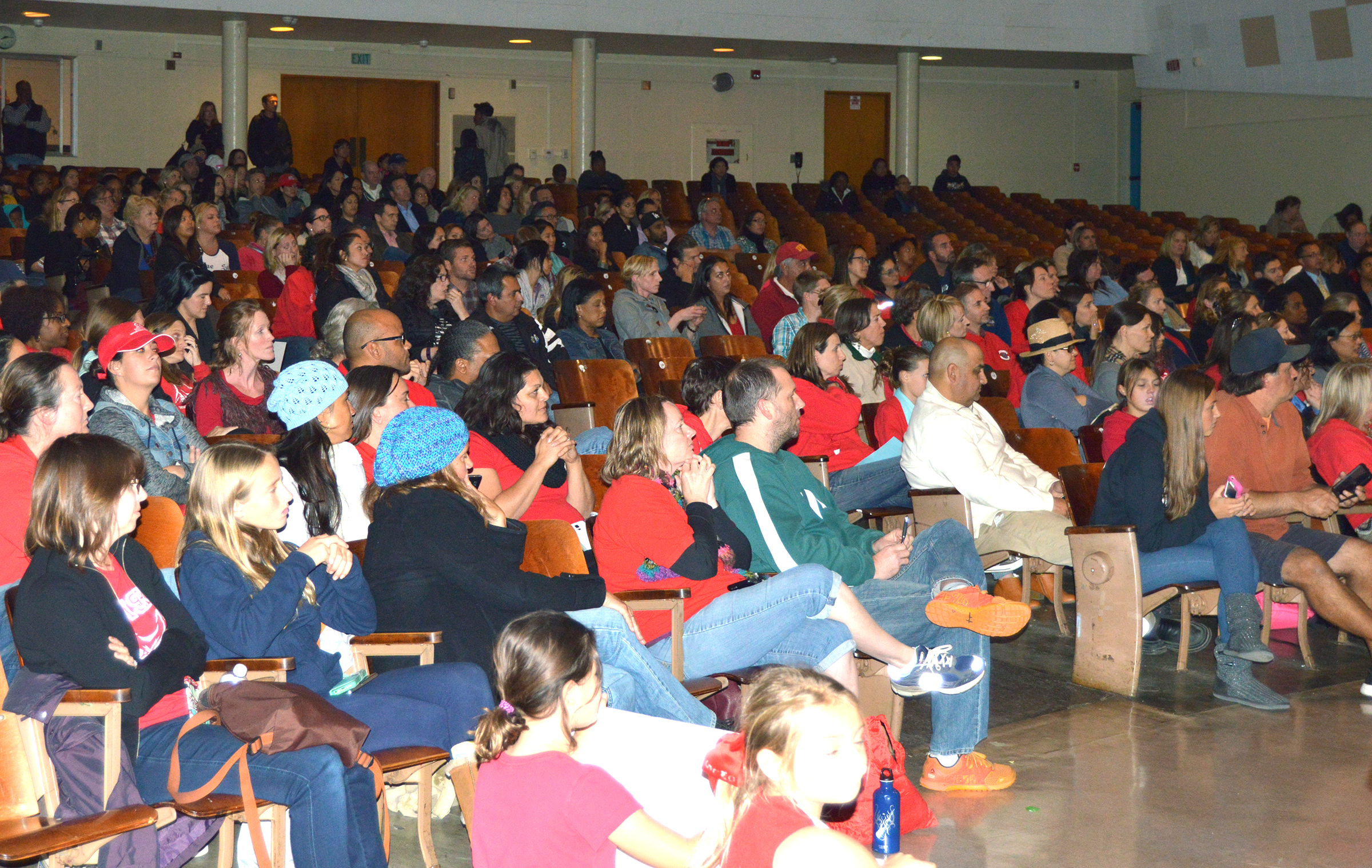 Update 12/7: In a memo dated December 3, LAUSD Superintendent of Schools, Ramon Cortines, outlined the following recommendations to the “Playa Vista Development Enrollment Growth” plan, which differ from the plans presented at the November 16 meeting at Wright STEAM Magnet:

•”As promised to the Playa Vista ES staff, teachers and community, for the 2016-2017 school year only, a 6th grade program will be added to Playa Vista ES. The application period for District magnet programs has already closed for the 2016-2017 school year and with limited choices available for families with students matriculating to 6th grade, it is important that we honor this previous commitment.”

•”Allocate Bond Program funding to upgrade one classroom at Wright MS specifically for Playa Vista ES so that the students may continue their STEM program; this is included in the December Board Report.”

Al Grazioli, Director of LAUSD’s Facilities Asset Development, explained that the Playa Vista community is one of only three areas in all of LAUSD where enrollment has exceeded capacity, leaving the massive district struggling to find a solution to accommodate an estimated 400 extra students by 2020. The problem is space because those students will require an estimated 10-14 additional classrooms. A multi-track calendar may have helped ease the overcrowding, but that has been eliminated due to the district’s building program. Grazioli said the district is trying to accommodate the growth without resorting to draconian measures.

“We needed to try and identity a solution that would accommodate somewhere in the neighborhood of 400 new students coming to this area and we wanted to maintain the goals that we had previously, which was to keep this from a situation where people would be capped, bussed and put on the year-round calendar,” he told the crowd.

The increase in enrollment at Playa Vista Elementary School, which opened in 2012, forced LAUSD to take a closer look at other issues facing the local education community, including the startling statistic that an estimated 50% of students who attend local elementary schools do not go on to their local middle school.

“This challenge of capacity actually brought forward other ideas and ways to address these challenges,” said Grazioli at the meeting. “The families in this neighborhood and this community made it very clear that they were looking for some sort of education path beyond elementary school. They wanted to see how their children would matriculate from elementary through middle school and into the high school community. We needed to maintain and support the existing successful district programs, not only at Playa Vista, but at the surrounding schools and here at Wright, where the magnet program has been very successful. We needed to maintain those existing successful programs and look for ways to enhance them and that also includes the relationship that a number of schools in this community have with LMU.”

The multi-faceted plan presented by the district would involve shuffling some Playa Vista Elementary students to other campuses and relocating both Emerson Adult School and WISH’s existing elementary school, which is currently co-located on the Wright Steam campus, to other LAUSD campuses.

The proposed facilities plan outlined at the meeting includes the following:

Grazioli stressed that the plan was not “set in stone” and that it represents the district’s overarching goals without fleshing out a lot of the project details. He touted the advantages of the plan, which included not changing attendance boundaries, reestablishing a middle school for Westchester/Playa families, maintaining the relationship LMU has with area schools and maintaining the existing STEAM program at Wright Middle School.

Speakers at the meeting were largely unhappy with the proposed plan, citing a number of concerns ranging from the apparent lack of outreach done to effected schools and parents and the lack of a firm home for WISH Charter School. Parents were also upset because the plan would require splitting up Playa Vista Elementary School students between two campuses and would place two “competing” middle schools on a single campus.

The LAUSD bond oversight committee approved the proposed plan at its November 19 meeting. The full Board of Education is expected to vote on the plan at its Tuesday, December 8 meeting at 333 South Beaudry Ave. in Downtown Los Angeles. The meeting starts at 11:30 a.m.

If approved by the board, Grazioli said the process for implementing the plan would begin immediately.