Westchester has always been a great place to live 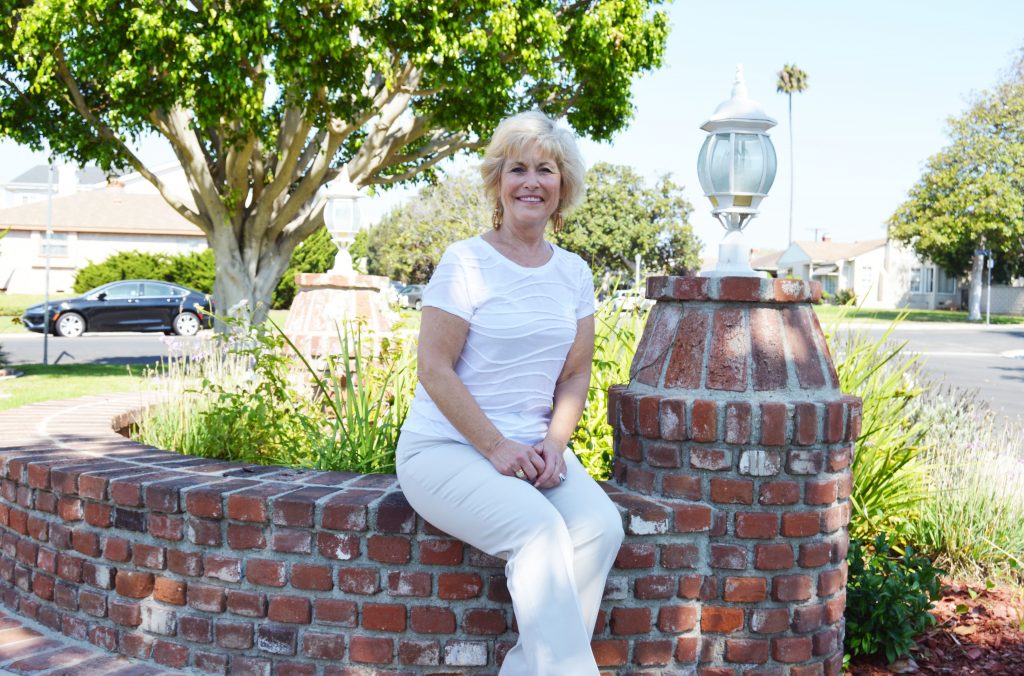 I was born Cozette Estell Chattin and moved into the home my parents built shortly after I was born. My father was discharged from the Army at the end of WWII, went to work for Northrop, met my mother and 3 months later they were married. Ten months later I was born.

My parents, Bill and Gladys Chattin, had purchased a lot in Westchester, that now sits on the southeast corner of Agnew and 80th Street. Then, however, there were no other houses and no paved streets. I remember a picture of me sitting on a large plow horse, as a very small child, in my backyard. The horse was plowing the yard for the planting of corn, other vegetables and fruit trees.

I grew up in that home, a home with many wonderful memories. I remember the open spaces in Westchester. Orville Wright Middle School had not been built. And, when it was, it opened to house both high school and junior high school students. It was not until the Westchester High School campus opened in the late 50s, that the campus was dedicated exclusively to Orville Wright Junior High School.

Other homes were being built and the community exploded with new young families. There were seven public elementary schools and five little league baseball fields to accommodate the baby boomers living in the area. Visitation Parish, the first church built in Westchester, also had an elementary school, as did St. Anastasia, St. Jerome and Westchester Lutheran. There were children everywhere. At first, the teenagers in the late 40s had to travel outside the area to attend high school. I recall some went as far away as Dorsey High School.

Westchester Park was soon built and provided lots of after school and weekend activities. There were fireworks at the park on the Fourth of July. I remember playing in another park that was located at the corner of Sepulveda Boulevard and 80th Street that was small but “hilly and woodsy.” The YMCA now sits on that location. The Westchester Townhouse was built. I remember the Westchester Lariats, an international folk dance performing group, of which I was a part, practicing at the townhouse with Dr. Tillman Hall. You could only join if you came in as a partner, so lots of girls dragged their male friends along. Today many of them are still in touch with one another.

The airport sat on the east side of Sepulveda. I remember flying on board a commercial propeller plane to Chicago, by myself, when I was 8-years-old. I was one of the first unattended minor children to travel on a commercial flight. There was only one terminal, which still stands and can be seen from the 105 Freeway.  Downtown Westchester was booming with two movie theaters. The Paradise Theater, on the southeast corner of Westchester Parkway and Sepulveda Boulevard, housed movie premieres due to its close proximity to the airport, with the large search lights shining into the skies over Westchester.

North just a few blocks was the Loyola Theater, close to the southeast corner of Manchester Avenue and Sepulveda Boulevard. Right on that corner, where the statue of the horse and rider watches over the busy intersection, was a bank building and now the IHOP. Saturday matinées at the movie theaters cost 25 cents for a double feature. If you took another quarter, you could have a hot dog and drink. My first kiss was in the Loyola Theater, when I was in the sixth grade. On the northeast corner of Manchester and Sepulveda, across the street, was Tiny Naylor’s, a classic 50s drive-in diner with waitresses on roller skates.

Milton’s Department Store (now Kohl’s) had roof-top parking with a view restaurant and other retail shops on the second level. Milton’s, Newberry’s and Woolworth’s all had escalators. There were many small retail stores serving the thriving and growing community. Thrifty’s was the first drug store in town. What is now called Mayfair Square was named after the Mayfair grocery store that sat on 89th Street, now Howard B. Drollinger Way, across the street from what is now Togo’s. My parent’s owned a cleaners on 89th Street.

When my father passed away, I was only 32, a mother of one with Chase Chattin Vergari, then age 2, and pregnant with my second son, Ryan Americo Vergari. Within a very quick series of events, I became the new owner of the home I had grown up in and my mother became the owner of the home behind me on the corner of Agnew and 80th Street. We tore the wall down which divided the two properties, enabling my sons to grow up with open space to run back and forth between home and grandma’s house. I had grown up with my maternal grandfather and my paternal grandmother living in my home after they had each lost their respective spouses. It seemed so natural to continue the pattern of three generations. My sons were very close to their grandmother.

Recently, I spent four days with 11 of my Westchester girlfriends, who all graduated from Westchester High School in June of 1963 and were members of Lydians, a girls’ service organization on campus. We meet every year in the fall to share stories, old and new. Some of these girlfriends lived in homes now gone, due to the expansion of the airport in the sixties. Some went to Airport Junior High, which is also now gone, as it sat under the landing path for the airport. Some of them had homes, also now gone, that were located in what is now the sand dunes area in Playa del Rey, just west of the airport, between Pershing and Vista del Mar. Before the expansion, we could drive from Pershing midway between Manchester Avenue and Imperial Highway, curving through what are now the terminals at LAX, ending up on Main Street heading into El Segundo. The day we graduated, we counted 32 airplanes take-off throughout the ceremony on the football field of WHS. I am thankful for my Westchester friends and their continuing comradery. Westchester is a community of families and friends.

I must thank three of my teachers who shaped my life and remained my friends throughout their lives. My 5th grade teacher at Kentwood Elementary, Paul Hissey, my junior high school leadership teacher at Orville Wright, Roy Hefner, and Grace Kweller, my drill team and cheerleading advisor and coach at Westchester High School. As I look back, the better parts of my character were molded by them, along with my wonderful parents and grandparents, and my two sons, Chase and Ryan.

I have seen many changes in Westchester over the years. I love Westchester for what it is today and for what it has been to me for 70 years. It is still a unique “small town” community that sits inside a sprawling metropolis that affords us a wealth of multicultural experiences, including its history, its people, sports and the arts. Every young person has exposure and opportunity to pursue his or her dream. Westchester has always been a great place to live.