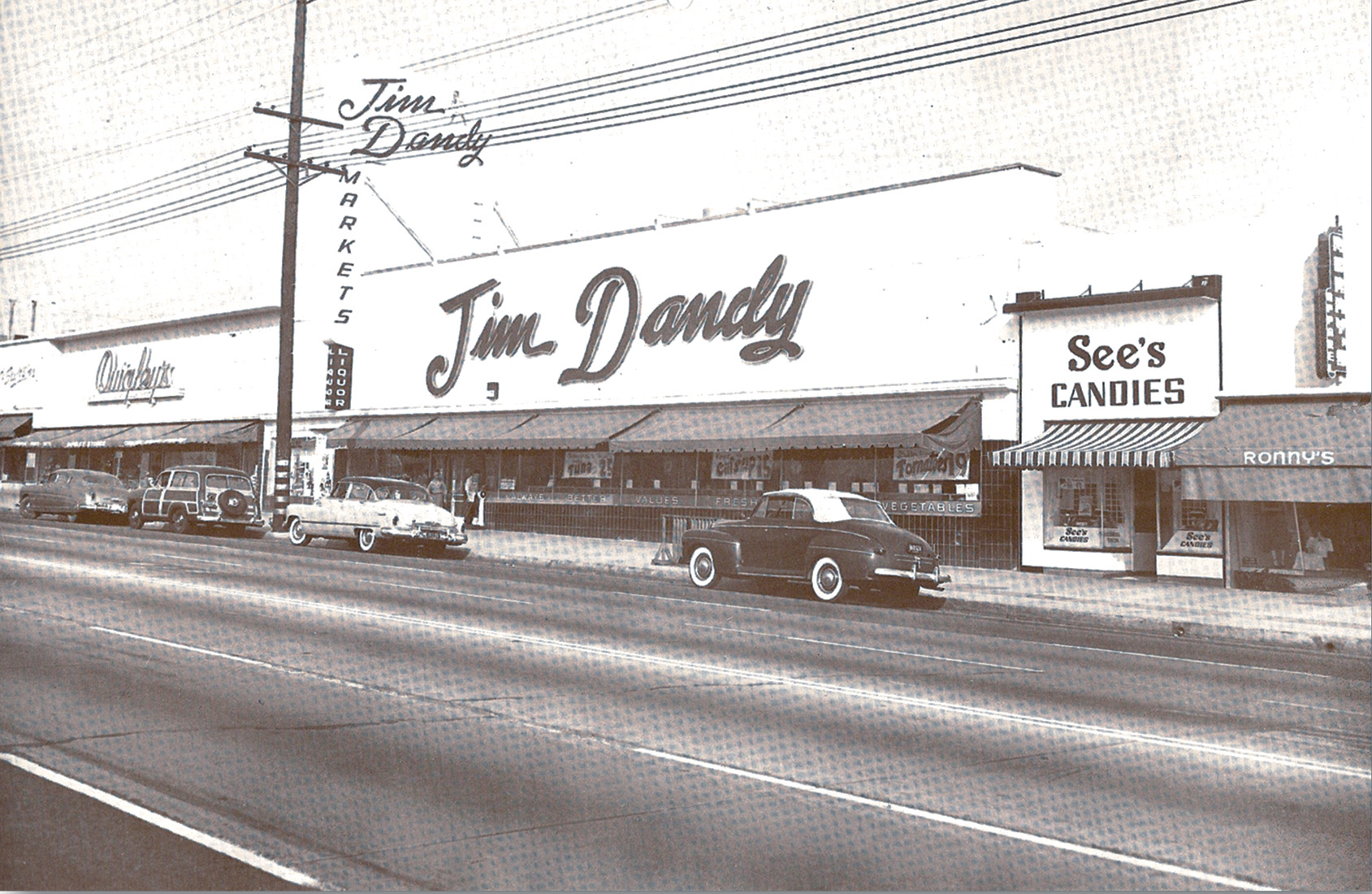 Imagine please, stepping back in time, 80 years to the early 1940s during WWII. And imagine, then, just 20 years after women had received the national right to vote, business woman Ella Drollinger went out for a drive to explore a budding new neighborhood close to Mines Field, a dirt landing strip surrounded by bean fields that Frank H. Ayres told her would someday become one of the world’s largest airports. At a time when being a real estate developer was not a usual vocation for a woman, pioneering Ella Drollinger took a chance, purchased the land, and in 1944 funded construction of the first three commercial buildings in Westchester.

Ella was born in 1891, the only daughter of Robert and Alice Lewin, who immigrated to the United States from the Isle of Man in England. Robert arrived in 1856 with just a third-grade education and a deep admiration for statesman Abraham Lincoln, who would soon become president. He eventually found his way to the Land of Lincoln, Illinois, where he worked as a farmhand and eventually saved enough money to purchase his own farm.

Robert had two children, Fenton and Ella, with his second wife, Alice, and the family worked hard raising soy beans, corn and even pigs. As the successful farm began to grow, Robert passed away and Alice became sick. Ella, now in her early 20s, accompanied her mother to Southern California–a spot where the mild winters would be easier on her failing health.
Settling in the Pasadena area, Ella saw to it that her mother regularly visited her doctor, and it didn’t hurt that the doctor’s son was a handsome, young eligible bachelor.

Ella soon struck up a romance with and married Howard Drollinger Sr., who provided a nice life for his wife and two sons–Howard Jr., and Robert–as a real estate investor. But while the boys were still in school, Howard Sr. passed away suddenly, and Ella found herself in the unenviable situation of being a single mother scrambling to make ends meet.

Using some money her husband left behind, Ella contacted a real estate advisor who had previously helped her and her husband purchase property near Pico and Robertson. He told her about a burgeoning area near the coast that was just starting to take shape.

At the time, there was not much more than bean fields and some rough-and-tumble roads stretching up and down the coast and toward Downtown L.A., but Ella could see the vision. The United States was in the midst of World War II, and airports were a critical cog in the war machine.

Aircraft manufacturing companies all wanted to be close to airports and with those companies came thousands of employees. While other developers such as Fritz B. Burns and William H. Hannon focused on creating housing for all of those workers, it was Ella Drollinger who envisioned a Westchester filled with stores, restaurants and offices to serve the bedroom community that was growing up around the airport.

When a nearby Jim Dandy Market burned to the ground, Ella lobbied long and hard for the company to rebuild its new store in Westchester. She received low-ball offers, and many men in the company dismissed her because she was a woman, but Ella persisted. Eventually, her determination and charm won out, and the Jim Dandy Market, Westchester’s first commercial building, opened its doors in 1947.

By the mid-1950s, the Westchester area was featured in Life Magazine as a flourishing commercial zone that helped the surrounding residential area take hold after WWII. Ella Drollinger pioneered commercial development and helped lead the sleepy postwar town into a thriving community with a bustling shopping district full of retail stores.

These buildings still stand today. As you look east from the westside of Sepulveda, between La Tijera and H.B. Drollinger Way, you see all three. As you stand at the southeast corner of Sepulveda and La Tijera, you’ll see the building now occupied by Citibank displaying a bronze plaque dedication to Ella just to the right of the front entrance. While a bank now, it was first leased as a Thrifty Drug Store. Going south toward LAX, the next original building you’d pass was a Quigley’s Department Store. Where Bed Bath & Beyond stands today was the location of the Jim Dandy Market.

Cozette is an attorney and lifelong resident of Westchester. She is the President of the Westchester/Playa Historical Society. Together with a group of dedicated volunteers, the organization is working on creating new programming and events to celebrate the history of the area and engage the community in preserving it for future generations.
Geoff Maleman also contributed to this article.