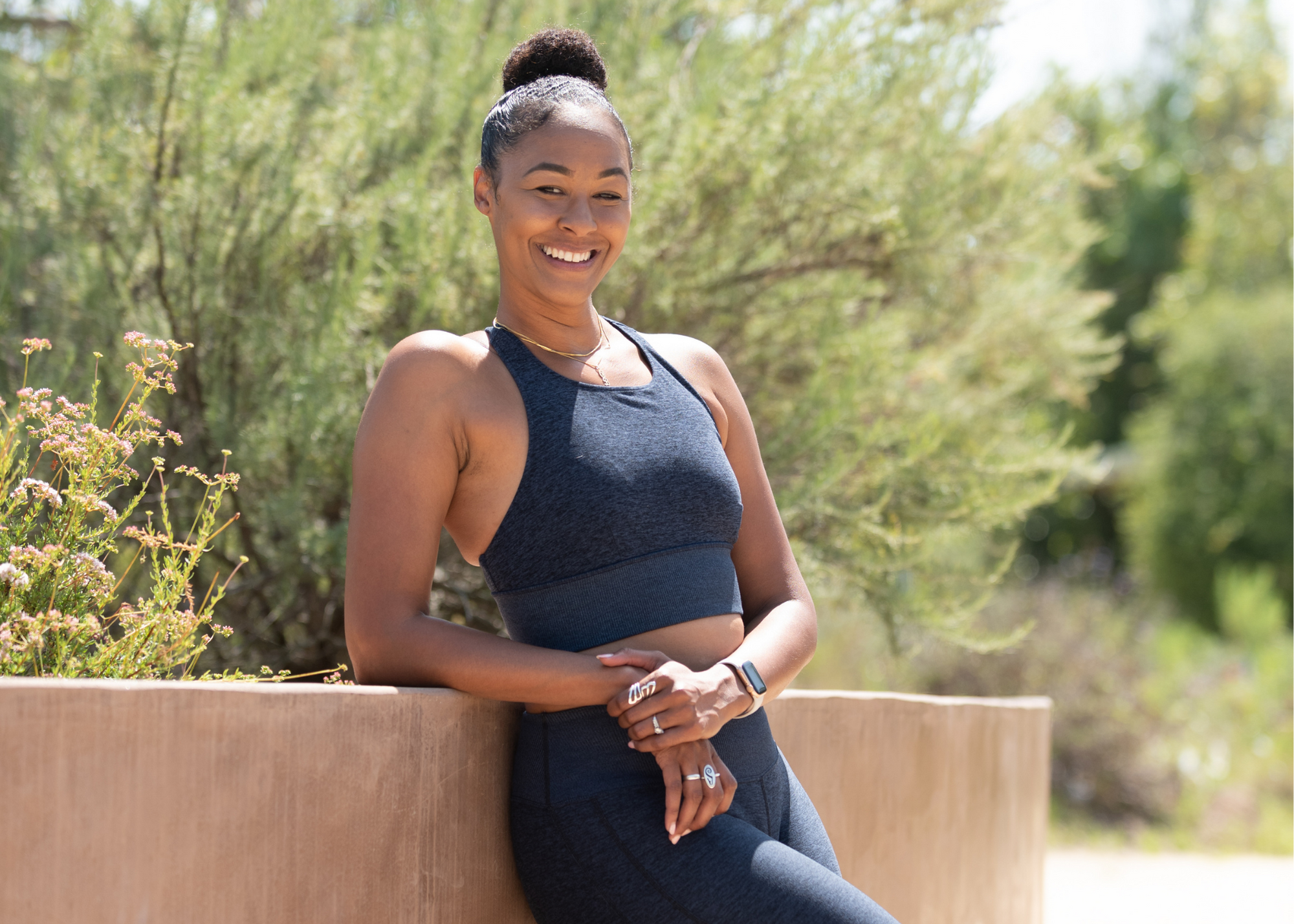 Westchester resident Rachel Butler-Green is a vibrant young woman, as beautiful as she is determined to succeed. As a dancer, she’s traveled nationally and internationally, using her body to explore her creativity and human connection, while pushing her physical boundaries. As an entrepreneur, she’s created a fitness business, Fit Mindful Body Club, to help others reach their fitness goals. She even started working in the virtual realm years before anyone had ever heard of a virus called COVID-19. But shockingly, at the height of her career, everything changed in ways no one could have predicted. In fact, she’s lucky to be alive.

Life was going well for both her and her college sweetheart husband, Justin Ramirez, whom she met as they were getting degrees from LMU. They dipped their toes into homeownership, became dog parents and were both exploring business ownership when life took a turn.

“It was just a normal day,” said Butler-Green, who was teaching a fitness class in Beverly Hills on a day she’ll never forget.

In the middle of teaching, Butler-Green attempted to navigate around a rowing machine when the normally graceful and agile dancer crashed face-first into a concrete pillar in the center of the room.

“I walked smack into it,” said Butler-Green. “That really confused me because I was intentionally trying to walk around it.”

When one of her students asked if she was okay, she assumed the incident must have looked pretty bad, but she had no idea exactly how bad.

“I just had this headache–it was sort of a fuzzy or buzzy feeling and it was starting to be all over my body. I’m thinking, maybe I’m just hungry, I didn’t eat enough, or maybe I’m dehydrated,” she said, recounting how she tried to keep the class going but soon started bumping into her students.

Then things got even stranger as she attempted to adjust the volume of the music by reaching for her cell phone.

“It felt like someone else’s arms were coming out from behind me, it was almost like Go Go Gadget-arms. My arms seemed 10-times longer than they were and didn’t feel like they were mine,” she said.

After class, she looked in the mirror and noticed a gash on her head.

“Running into the pillar was definitely harder than I expected!” she said.

Back at her apartment, she was unable to open her front door. Luckily, her husband was home and let her in. Her head was now pounding, her vision blurry, and nausea had set in.

“I tried to stand up and as soon as I did, my whole body collapsed. My whole left side went out,” she said.
Her husband called 911.

When Butler-Green woke up, she was in the ICU at Cedars-Sinai Hospital and had been there for 14 days. The cause was an abnormal tangle of blood vessels in her brain called an AVM (arteriovenous malformation). The AVM ruptured, causing her brain to bleed–something that occurs in less than one percent of the population and can be fatal.

“I was having a stroke. And I had no clue. The first thing I asked was, ‘Will I be able to dance again?’ And they said ‘yes.’ For me that was a very important point. I just needed to assess where my body was, where my life was and who I was going to be after this,”she said.

Butler-Green’s road to recovery was long and hard. Doctors told her it would be months to years. Most troubling was that she had no control of her left side–something she’d need to restore if she wanted to dance again.

“I had three surgeries. One was a craniotomy where they go in, pop open your skull and they take out a piece of your brain.”

Luckily, after three brain surgeries, she was able to have better vision on her left side and more control of her limbs. But as a dancer and fitness professional, probably the most difficult thing for Butler-Green was not having complete command over her finely tuned, elastic body that had been capable of the highest leaps, dazzling spins and somersaults.

“I have definitely always been in tune with my body and that was scary. I just kept saying, ‘I’ve got to get my body back strong, I’ve got to be able to go back on stage and hit double turns and do all these things.’”

It was insight from her godfather, however, that really put things into perspective. Like many of her friends and family from the Bay Area, her godfather flew down to Los Angeles to offer support.

“He said, ‘The physical part is going to happen, you’re going to get stronger. But you need to put focus on this part,’ and he pointed at his brain. ‘That’s where you need to prioritize, to keep your mind strong and everything else will follow.’ When he said that, it just made so much sense to me! It immediately switched my priorities from my physical body to my brain,”she said.

Still, she was challenged with setbacks like developing post-stroke epilepsy and having her driver’s license taken away. She spent months in both inpatient and outpatient rehab, learning simple things like how to dress herself and to tell time on an analog clock.

“There were many times I felt myself being pulled down, feeling like a victim. I had to literally stop myself and say, ‘You don’t have to go that way,’ because I knew that if I went down that road it was a never-ending spiral, and I wouldn’t get better. And I was so determined to get better!”

It took time, but Butler-Green did get better. She gives a lot of credit to her family. She also believes the experience strengthened her marriage.

“I was very open with my husband and asked for a lot of help. My husband was there by my side every step of the way,”she said.

Though the pandemic has prevented her from dancing in the public arena, her fitness business has exceeded all expectations. She’s fine-tuned her virtual instruction model and taken valuable lessons from her own recovery, like developing a meditation practice, packaging up those lessons and sharing them with her clients. She’s helping others in ways that wouldn’t have been possible pre-stroke and that’s thrilling for her.

“All the learning I did in rehab– things like making sure to socialize, getting enough sleep, managing stress– I dove deeper into those things and packaged it all up to create another leg of my business model. Now I have my Fit Mindful Body Club and other trainers that work for me. Together, we bring in practices that help others not just with their physical health, but also their mental health. This experience has allowed me to push and grow my business more. Because of COVID, people want options to make sure they are being taken care of,” she said.

She hopes people will take inspiration from her story and relates her journey to anyone who’s experienced hardship during the pandemic.

She offers this advice: “Instead of asking, ‘Why did this happen to me?’ Just accept that it happened. You can’t go back, and you can’t change it, but what you can change is your trajectory and your future. You can work on that. It may not look exactly like what you thought it would, but who knows what kind of doors this moment will open for you? It might fuel something you never knew was in you. You have to continue to get back to the world and if that means someone reads this and it encourages them to do something different or change their mindset–to me that is a win.”