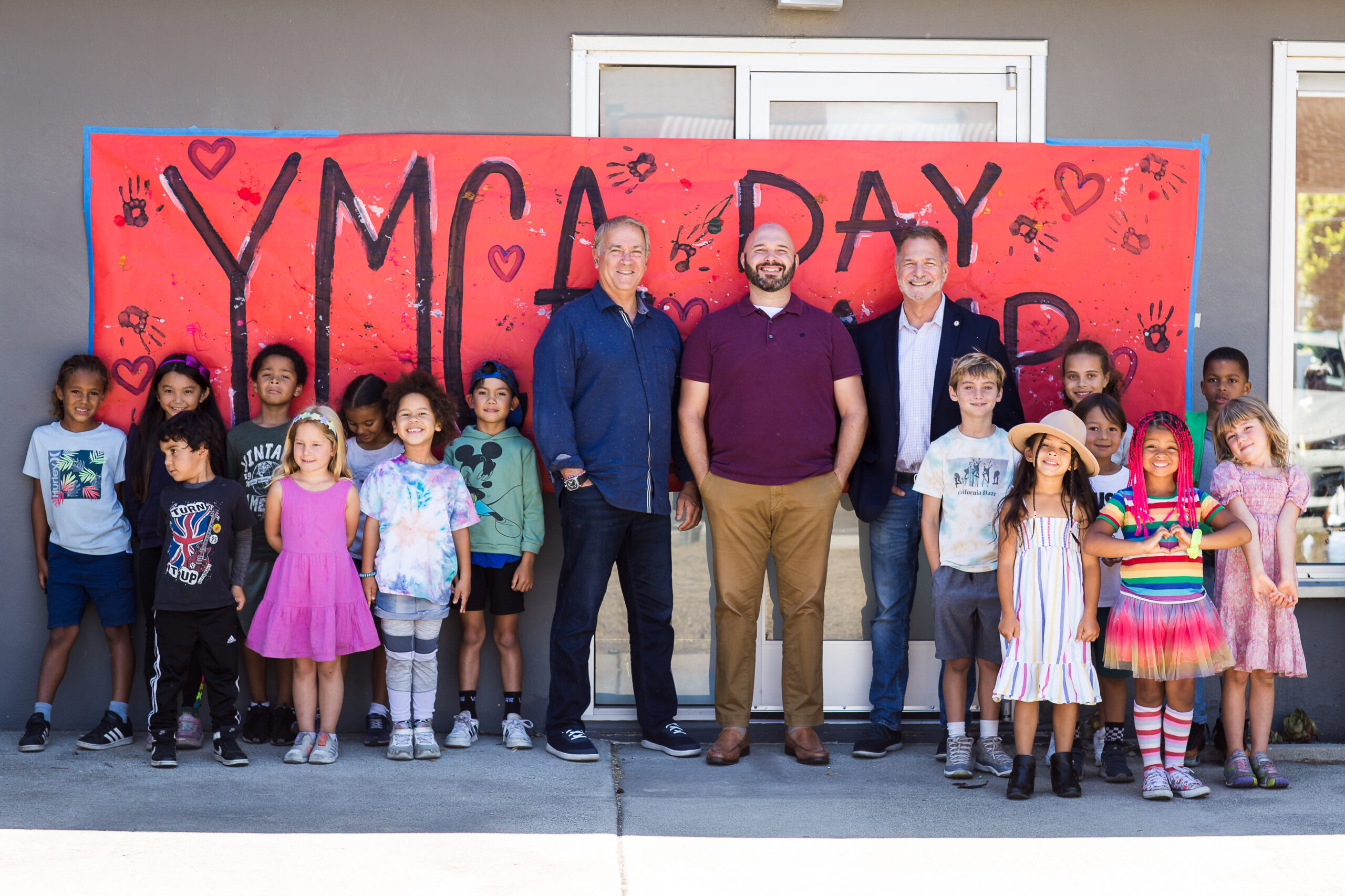 The Westchester Family YMCA stands as a red brick beacon of physical and mental health, with an inspirational mission to strengthen the community, provide youth programs and support our most vulnerable residents. The pandemic has brought extraordinary challenges to the Y, however, including a 50 percent loss of membership and the pausing of valuable programs. But John Ramey, the fearless new board chair, is taking his turn at leadership and has big plans to rebuild our neighborhood Y, one brick at a time.

John Ramey runs a highly successful law firm with his wife Christa in Playa del Rey. But when he’s not fighting for the rights of his clients, he’s serving his community as a volunteer in a myriad of ways. But it’s the YMCA that he holds most near and dear to his heart.

Originally from Dallas, Texas, Ramey spent his youth at his local YMCA playing sports like basketball and football and being active with his father in the Adventure Guides program.

After moving to Westchester in 1997 (he now lives in Playa del Rey), he wasted no time creating new memories with his own kids at the local Y that was just a half-mile from his house.

“At the time, my son was 5-years-old. I got him involved in the Junior Lakers Program, now it’s the Junior Clippers Program in partnership with the Clippers. It was the same with my daughter in the daycare program and then the Adventure Guides program. It’s a time I’ll always cherish,” he says.

As they grew, his kids went through the teen programs that included the exciting Teens & Government Program.

Considering the Y has been a big part of his family’s life, Ramey’s firsthand experience, along with 11-years on the Westchester YMCA Board of Managers, uniquely qualifies him to step into the leadership role on July 1.

“Knowing how valuable programs like Adventure Guides were to his own family, he doesn’t want anyone else to miss out on that opportunity. That is the kind of person who should be a board chair. Someone with heart and empathy for others,” he says.

For his own demanding time as chair, Goldfarb says he’s incredibly proud of all the Y accomplished, especially since the public was able to see the Y active in serving the community beyond offering gym memberships and swimming lessons.

“During the pandemic, people were able to see us in action in a much more visible way. We’re not good at blowing our own horn, so it’s better for people to just see what we do when the need arises,” said Goldfarb.

As Ramey takes over for Goldfarb, he admits he has big shoes to fill.

“I can’t emphasize enough what has been accomplished under Gregg, who came in at a very difficult time,” says Ramey. “So I want to give a special shoutout to everybody on the board and staff who put in countless hours, but outgoing chair Gregg and executive director John Loussararian, have both been spectacular in terms of their dedication and commitment.”

Part of that dedication and commitment was finding ways to pivot so the Westchester Y could best serve the community during COVID. One of the first priorities became helping the unhoused population.

“We provided a program where they could come in, get a shower and also get personal hygiene kits,” said Goldfarb. “We serviced over 7,000 individuals in that program in 2020 while it was active.”

Another priority was looking in on all the senior citizens stuck at home, and they performed over 800 wellness checks over the last two years.

Feeding the hungry was equally important.

“We did food distribution where people could come to the Y, and we distributed over 17,500 pounds of food in 2020 alone to over 350 families,” said Ramey.

When schools shifted to online learning, not all families had equal access to Wi-Fi, so the Y provided remote learning connectivity to more than 83 families.

And then there were the blood drives that resulted in more than 1,300 donors giving much-needed blood in a time of medical crisis.

It’s hard to believe that our neighbors had so much need for food and services, but that’s the humbling reality in our current social and economic climate, says Ramey. Graciously, the YMCA and the community at large generously stepped in to help, and they’re continuing to show up to be of service and be part of positive solutions.

But now Ramey says it’s time to look ahead to the future of the Westchester Y which is going back to expanded operational hours as of July 5.

“We’re getting back to having day camps and summer camps again for the kids that we had to mothball for a while,” says Ramey. “The ‘Get Summer’ program for teenagers is running now through August 15. This program, which offers a free two-month Y membership to teens, is a whole series of programs put on during the course of the week to keep teens who are on summer break active and give them a place to go to do really fun activities.”

Ramey will also rebuild programs that have struggled during the last two years, including the Adventure Guides program for K-third graders.

“This is one of my top priorities as the incoming board chair,” says Ramey.

“Both programs,” says Ramey, “sponsor and debate legislation and they pass bills. There’s a justice program. To me as a trial lawyer, teaching kids how the civil and criminal justice system works is significant.”

He says the Teens & Government program recently got some exciting news.

“Every year they elect a statewide Youth Governor. This year it’s Ava Castro-DeVarona from the Westchester program, which is a really big deal,” said Ramey. “I’m told we haven’t had a Youth Governor from Westchester since the early 1980s, so we’re really proud of her.”

While the teen delegates of the Youth & Government program were unable to make their annual trip to Sacramento for the last two years, some 33 members of the delegation created the “Finding Common Ground” webinar series to conduct virtual panel discussions on important issues like community policing, working to provide assistance to the unhoused community, mental health challenges and immigration. The series, which reached over 43,000 viewers, was cited by philanthropist MacKenzie Scott, as one of the reasons she made a “historic” donation to the YMCA of Metropolitan Los Angeles. It was one of the largest grants the Y has ever received and was a truly humbling experience for the organization.

Things are looking up and as John Ramey takes charge, it’s clear the Westchester Family YMCA won’t be slowing down anytime soon.

“My goal is to build these programs back even bigger and better than they were before,” says Ramey, whose experience, fortitude and big heart won’t let anything stand in his way. “The past couple of years have underscored the importance of partnerships, volunteers, and the generosity of our donors in delivering on our promise. We invite our community to join us. Together we can accomplish so much more!”